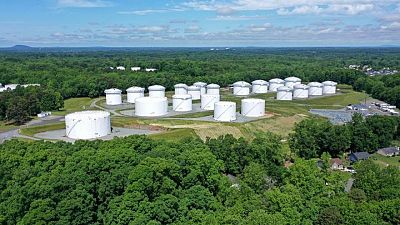 <div> <p><span class="caps">WASHINGTON</span> – The Department of Homeland Security issued a new security directive for pipeline owners and operators on Thursday after a hack of the Colonial Pipeline disrupted fuel supplies in the southeastern United States for days this month.</p> <p>“The recent ransomware attack on a major petroleum pipeline demonstrates that the cybersecurity of pipeline systems is critical to our homeland security,” <span class="caps">DHS</span> Secretary Alejandro Mayorkas said in a statement. </p> <p>Owners and operators of critical pipelines will be required to report confirmed and potential cybersecurity incidents to the department’s Cybersecurity and Infrastructure Security Agency (<span class="caps">CISA</span>) and designate a cybersecurity coordinator, to be available 24 hours a day, seven days a week, <span class="caps">DHS</span> said.</p> <p>The directive will also require pipeline owners and operators to review current cybersecurity practices and identify any gaps and remediation measures for risks, it said. They must report those results to the Transportation Security Administration, a unit of <span class="caps">DHS</span>, and <span class="caps">CISA</span> within 30 days. </p> <p>A ransomware attack forced Colonial Pipeline, which runs from Texas to New Jersey, to shut much of its network for several days earlier this month, leaving thousands of gas stations across the U.S. Southeast without fuel. </p> <p>Motorists, fearing prolonged shortages, raced to fill their tanks as the outage laid bare the nation’s reliance on a few key pipelines for fuel needs.</p> <p>The closure of the 5,500-mile (8,900-km) system was the most disruptive cyberattack on record, preventing millions of barrels of gasoline, diesel and jet fuel from flowing to the East Coast from the Gulf Coast.</p> <p>The hackers held Colonial Pipeline’s computer network hostage and successfully extorted millions of dollars in digital currency. The incident has bumped the cybersecurity of critical U.S. infrastructure to the top of the national agenda.</p> <p>Investigators in the Colonial case say the attack software was distributed by a gang called DarkSide, which includes Russian speakers and avoids hacking targets in the former Soviet Union. U.S. President Joe Biden has said Russia should bear some responsibility since the hacking came from inside its borders.</p> <p>In the past the Transportation Security Administration has provided voluntary guidelines on cybersecurity for pipelines.</p> <p><span class="caps">TSA</span> is considering additional mandatory measures to enhance cybersecurity in the pipeline industry, the <span class="caps">DHS</span> statement said.</p> <p/> </div>