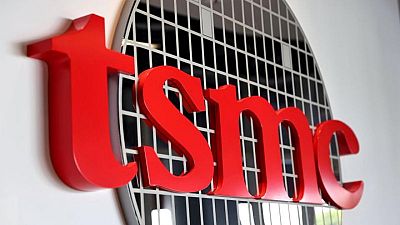 <p><body> <p><span class="caps">TOKYO</span> (Reuters) -Japan’s government wants Taiwan Semiconductor Manufacturing Co Ltd and Sony Group to invest 1 trillion yen ($9.2 billion) to build the country’s first 20 nanometre chip plant, the Nikkan Kogyo newspaper reported on Wednesday.</p> <p>The potential factory would be built close to Sony’s image sensor plant in southwest Japan, according to a proposal floated by Japan’s trade and industry ministry, the report said. It did not provide further details on the proposal or when it was made.</p> <p>Sony <span class="caps">CEO</span> Kenichiro Yoshida declined to comment on the report at a strategy briefing on Wednesday but said “stable chip supplies are important for Japan to maintain its international competitiveness.”</p> <p><span class="caps">TSMC</span> declined to comment. A ministry spokesman said the report was not true but declined to elaborate.</p> <p>Bitter trade tension between United States and China has resulted in concern that too much of the world’s chip production is located in Taiwan as well as contributing to a global chip shortage that has hit automakers particularly hard.</p> <p>Japan like the United States is looking for ways to boost semiconductor production at home in a bid to ensure its companies can secure the critical components.</p> <p>Japan’s most advanced semiconductor plant is a 40 nanometre chip factory operated by Renesas Electronics Corp near Tokyo. A 20 nanometre chip is more powerful as it packs more transistors into a smaller space. </p> <p>U.S. Senate Democratic Leader Chuck Schumer this month unveiled legislation to approve $52 billion to significantly boost U.S. semiconductor chip production and research over five years.</p> <p> (Reporting by Tim Kelly, Ben Blanchard and Ritsuko Shimizu; Editing by Edwina Gibbs)</p> </body></p>