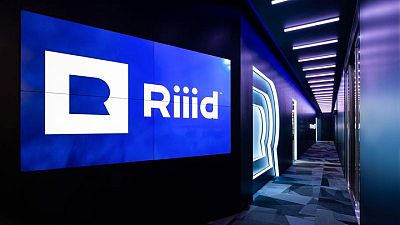 <p><body> <p>By Jane Lanhee Lee</p> <p>(Reuters) – Riiid Inc, a South Korean AI tutorial startup, on Monday said it raised $175 million from SoftBank Group Corp’s Vision Fund 2 as it looks to shake up the world of standardized testing, and take its technology to public schools.</p> <p>Venture capital’s funding of education tech surged with the pandemic to $16.1 billion globally in 2020, up from $7 billion in 2019, according to research firm HolonIQ. The bulk of this funding has been for services consumers have to pay for such as Chinese online tutorial service Zuoyebang, which raised over $1.6 billion late last year. </p> <p>Graphic: Global Education Venture Capital Funding – https://graphics.reuters.com/VENTURECAPITAL-<span class="caps">EDTECH</span>/FUNDING/jznpnrgwwpl/chart.png</p> <p>Startups targeting public schools, especially in the United States, have found it harder to elicit venture capital, which has often cited the challenging sales landscape. Critics say the pandemic and technology have further widened the education wealth gap.</p> <p>Riiid’s AI tutor started making money in Japan and South Korea with test prep services for the English assessment test <span class="caps">TOEIC</span>. It also licenses its technology to test prep companies and businesses looking to create training programs for employees. </p> <p>Standardized tests like the <span class="caps">SAT</span> and <span class="caps">ACT</span> have been seen to be perpetuating inequality as wealthy families can afford expensive tutors. Riiid executives believe the testing industry is due for a shake-up, and AI test prep platforms which offer a real-time evaluation of the students’ progress can eliminate stressful one-time tests that are expensive and can last for hours. The company is trying to offer this technology to public schools, said <span class="caps">CEO</span> Y.J. Jang.</p> <p>“It’s going to be paid by the school districts and the students won’t have to pay at all,” said Jang, adding that he expects the first U.S. school districts to utilise this technology to be announced before June next year. </p> <p>Anupama Vaid, founder of teacher-parent communication app ParentSquare, said the pandemic accelerated long-due changes in education. She believes there is ample new government funding for schools to invest in edtech. </p> <p>Canadian startup Paper, which offers 24/7 access by chat to tutors for students in school districts that buy the service, has also seen good traction, said <span class="caps">CEO</span> Philip Cutler, a former teacher who saw firsthand the inequity private tutoring causes. “We want to give all these students the same level playing field,” he said.</p> <p>Oakland-based startup BookNook which uses an AI platform to help teach students how to read, is even giving school districts with substantial subsidized lunch programs a bigger discount on the service as they are considered to be more economically disadvantaged, said <span class="caps">CEO</span> Michael Lombardo.</p> <p>All three companies have seen the funding environment improve, and Paper and ParentSquare have raised money during the pandemic, though this is still a small fraction of what Riiid has been able to raise.</p> <p/> <p> (Reporting By Jane Lanhee Lee; Editing by Karishma Singh)</p> </body></p>