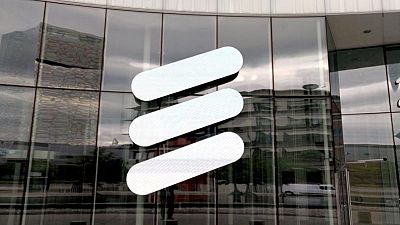 <p><body> <p><span class="caps">STOCKHOLM</span> (Reuters) – Ericsson said on Monday it might get lower share in China’s 5G roll-out than its share of the current telecom infrastructure market there, partly due to a spat over exclusion of Chinese vendors from Sweden’s roll-out of ultra-fast networks. </p> <p>The warning was included in an updated prospectus for investors related to Ericsson’s issue of a 500 million euro ($610 million) unsecured 8-year bond.</p> <p>Ericsson said while it had been invited to various ongoing tender processes in China, the final outcome remains uncertain.</p> <p>“It is the company’s current assessment that the risk has increased that Ericsson will in those tenders be allocated a significantly lower market share than its current market share,” it said in a statement.</p> <p>The Swedish government last October banned Huawei from supplying 5G equipment due to security concerns. Huawei sued to overturn the decision and a decision is expected in the next few weeks, potentially impacting Ericsson’s prospects in China.</p> <p>($1 = 0.8201 euros)</p> <p/> <p> (Reporting by Supantha Mukherjee in Stockholm; Editing by Simon Johnson)</p> </body></p>