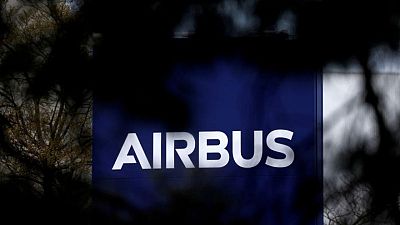 <p><body> <p>By Clara-Laeila Laudette, Emma Pinedo and Tim Hepher</p> <p><span class="caps">MADRID</span>/PARIS (Reuters) -Airbus took a step towards closing a plant in southern Spain on Wednesday, but rowed back over proposals to sell off the production of small airplane parts elsewhere in Europe as it attempts to finalise a major post-<span class="caps">COVID</span> restructuring plan.</p> <p>After months of protests over the future of its Puerto Real plant in Cadiz, Airbus said it was discussing with unions a plan to combine it with a second nearby plant, leaving one facility instead of two at the southern tip of its European network.</p> <p>The politically sensitive move could lead to one of the first significant factory closures in the company’s 50-year history and reflects a slump in demand for the world’s largest jets, following a halt in production of the A380 superjumbo.</p> <p>The proposal, which is subject to final union negotiations on matters like investment, would avoid compulsory redundancies in Spain where talks over the company’s wider restructuring have been held up by disputes over the future of Puerto Real.</p> <p>Work at the robot-assisted factory, where part of the A380’s tail section was assembled, has plummeted. It has also suffered from a decline in demand for another long-haul model, the A330.</p> <p>Puerto Real employs about 350 people and the nearby Bay of Cadiz plant, which focuses on defence and space components, has some 460 people – both in an area where skilled jobs are scarce.</p> <p>Airbus said no decision had been taken on which plant in Cadiz would cease production, but a spokesman said Puerto Real would in any event have a role in the development of future industrial technology to be used across its European shopfloors.</p> <p>Cadiz, in Spain’s southern Andalusia region, has one of the country’s highest unemployment rates, with one in every four adults jobless. Workers there fear the economic impact of shuttering a plant that provides hundreds of high-tech jobs.</p> <p><span class="caps">PARTS</span> <span class="caps">RETHINK</span></p> <p>“We won’t allow the company to close any plants until we see investments, new work packages, and higher levels of employment than pre-pandemic,” said Juan Antonio Vazquez of the <span class="caps">UGT</span> union.</p> <p>“We’ll work with the (national) government to favour an industrial climate which pushes strategic sectors in places like Cadiz, to maintain both the local economy and the whole supply chain,” Vazquez added.</p> <p>A spokeswoman for the Economic department of Andalusia’s regional authority said Airbus’s announcement was being studied.</p> <p>Andalusia – for decades a working-class, leftwing stronghold – voted the conservative People’s Party into power over two years ago, and has occasionally clashed with the progressive coalition government led by Pedro Sanchez.</p> <p>The plant closure was discussed at a meeting on Wednesday with European unions. The talks also reviewed the progress of a wider plan to shed up to 15,000 positions globally in response to the coronavirus crisis.</p> <p>Last month, Airbus cancelled plans to sell its two large aerostructures subsidiaries and replaced it with a new proposal to hive off the production of small mass-produced parts into a new company with a view to selling that instead.</p> <p>But in a further U-turn after meeting unions on Wednesday, the planemaker said it would analyse a scenario that would involve keeping the small parts activity “stand-alone within Airbus,” while adding it preferred to spin it off.</p> <p> (Reporting by Tim Hepher, Clara-Laeila Laudette and Emma Pinedo; Additional reporting by Belén Carreño; Editing by David Clarke, Kirsten Donovan)</p> </body></p>