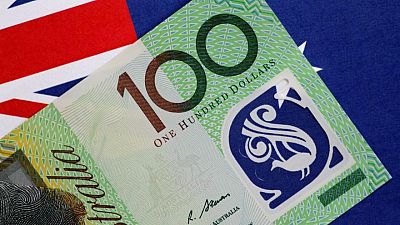 <p><body> <p>By Scott Murdoch</p> <p><span class="caps">HONG</span> <span class="caps">KONG</span> (Reuters) – Australian expatriate investment bankers are returning home in large numbers, lured by the launch of new boutique advisory firms, a sharp pick up in deal-making and the safety of a country relatively unscathed by the coronavirus pandemic.</p> <p>Signs of a strong economic rebound from a brief pandemic- induced recession are underscoring a trend that is starting to reverse a long tradition of Australian bankers heading overseas to more tax-friendly global financial centres.</p> <p>“There is a brain gain happening in Australia, we are acquiring additional knowledge and experience,” said Nick Hughes, Australia co-head at <span class="caps">UBS</span>. </p> <p>Corporate Australia has set a scorching start to 2021, with $6.21 billion worth of M&A deals already underway, more than seven times higher than the same period last year, according to Refinitiv data. That puts Australia second in the Asia Pacific in terms of deal value, behind only China, compared to its seventh place ranking over the same period in 2020.</p> <p>The trend is expected to continue in the near-term, with big-ticket deals such as the possible sale of casino operator Crown Resorts, and the divestment of some financial businesses in the pipeline.</p> <p>The entry of two boutique firms, Barrenjoey Capital and Jarden, into the fray has fuelled a talent war in the country and pushed up wages by at least 20%, making it a rare bright spot for rainmakers.</p> <p>Jarden, the Australian offshoot of the New Zealand investment bank, has hired eight Australian expatriate bankers traders and analysts as part of its campaign to build out its local franchise, according to a spokeswoman. Goldman Sachs has had eight Australian staff return from offshore to work in Australia, and Swiss bank <span class="caps">UBS</span> has had four returnees in the recent months, according to the banks’ spokeswomen.</p> <p>Bank of America has hired two senior expatriate bankers, the bank’s country head Joseph Fayyad said.</p> <p>“With new entrants establishing a presence and the incumbents defending their positions, there are more available seats for senior bankers,” Sydney-based Fayyad told Reuters.</p> <p>Most of the returnees are landing in Sydney from London and New York. Their experience ranges from mid-career to senior bankers and legal and compliance staff.</p> <p>They are among a lucky few currently allowed to enter Australia, which closed its international border to almost all travellers but returning nationals and permanent residents months ago as a pandemic shield. The dramatic step has appeared to pay off with Australia recording under 30,000 <span class="caps">COVID</span>-19 cases and 910 deaths, far fewer than many other developed countries. </p> <p>“I think Australia’s outperformance during <span class="caps">COVID</span> has put a real spotlight on the benefits of working and living down under, so the combination of more available seats and a greater desire from Australians to come home has really fuelled the trend,” said Fayyad.</p> <p>‘A <span class="caps">BIT</span> OF <span class="caps">HUSTLE</span>’ </p> <p>The return of the expatriates counters a long-established trend of Australian finance professionals moving offshore, partly to gain experience and partly to escape Australia’s relatively high personal income tax rates.</p> <p>Local banking executives said increased onshore deals activity means banks are able to offer fatter paychecks for returnees used to New York and London salaries.</p> <p>Jarden Australia head of investment banking Aidan Allen said the “brain gain” had helped the emerging bank build its team to almost 100 since its launch a year ago. </p> <p>“A lot of our talent has come from offshore, people wanting to return home has been a massive opportunity for us,” Allen said. “We think it’s a point of difference, it’s given us the opportunity to have a more diverse and experienced bench.”</p> <p>Rival Barrenjoey launched in September with 50 staff and now has about 220 people, a spokeswoman said.</p> <p>The influx of the expatriates should also be a warning for incumbents, BofA’s Fayyad said: “Bankers that have been here for some time need to acknowledge there is a new crop of talent who have a bit of hustle, a spring in their step, who want to make their mark.” </p> <p/> <p> (Reporting by Scott Murdoch; Editing by Sumeet Chatterjee and Jane Wardell)</p> </body></p>