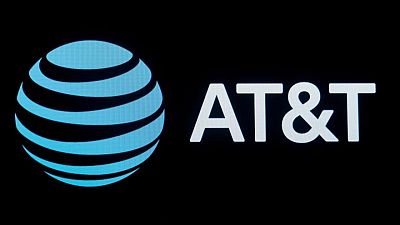 <p><body> <p>(Reuters) – U.S. telecoms giant AT&T Inc is nearing a deal to combine its media assets, including <span class="caps">CNN</span> and <span class="caps">HBO</span>, with Discovery Inc, the owner of lifestyle TV networks such as <span class="caps">HGTV</span> and <span class="caps">TLC</span>, according to news reports citing unnamed sources.</p> <p>The deal would mark the unwinding of AT&T’s $108.7 billion acquisition of U.S. media conglomerate Time Warner in 2018, and it would underscore its recognition that TV viewership has moved to streaming, where scale is required to take on the likes of Netflix Inc and Walt Disney Co.</p> <p>The combination would create a new company separate from AT&T that could be valued at $150 billion, including debt, the Financial Times reported. Discovery currently has a market value including debt of about $30 billion. </p> <p>A deal could be announced later this week, according to Bloomberg News, which first reported the news.</p> <p>Spokespeople for AT&T and Discovery declined to comment. </p> <p>The proposed deal would put together one of Hollywood’s most powerful studios, home to the Harry Potter and Batman franchises, with Discovery’s stable of unscripted home, cooking and nature and science shows.</p> <p>With the acquisition of Time Warner, AT&T sought to create a media and telecoms powerhouse combining content and distribution. Yet this proved a costly strategy as it simultaneously sought to expand next generation wireless services, most recently borrowing $14 billion to buy more wireless spectrum.</p> <p>AT&T has been seeking to unwind its debt-laden acquisitions and lighten its balance sheet. In February, it agreed to sell a third of satellite TV service DirecTV, which it purchased in 2015 for about $68 billion, to <span class="caps">TPG</span> Capital in a deal valuing the business at $16.25 billion.</p> <p><span class="caps">HBO</span> and <span class="caps">HBO</span> Max now have 63.9 million global subscribers, compared with more than 100 million for Walt Disney Co’s Disney+ and 207.6 million for Netflix. </p> <p>Discovery, whose portfolio includes Animal Planet and the Discovery Channel, reaches 88.3 million homes in the United States. Its streaming service Discovery+ which launched in January has 15 million subscribers. </p> <p/> <p> (Reporting by Kenneth Li in New York and Maria Ponnezhath in Bengaluru; Editing by Lisa Shumaker and Daniel Wallis)</p> </body></p>