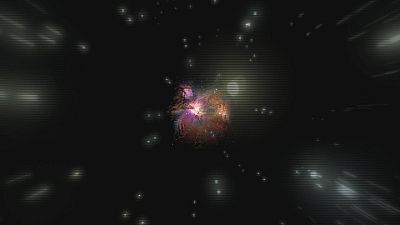 Imagine our galaxy as a huge living organism, with its own skeleton and its own evolution.

The Via Lactea project, after three years of research, has put together a big database about the area of the universe that hosts our galaxy.

The results of this study have been presented in Rome and they have opened boundless horizons to our knowledge of the Milky Way.

Via Lactea is latin for The Milky Way. The project provides a further and deeper vision of our galaxy.

The final result is like a giant library gathering maps of the deep sky and giving a complete picture of stellar nurseries in the inner Milky Way.

“It’s like a collection of books, a collection of knowledge made with the contribution of all of us: each chapter, a book or encyclopedia. Each one on a different topic. We have tried to make connections between them all. The goal was to connect everything, because the universe is all connected.”

“We’ve performed a full analysis of the entire plane of our galaxy,” Via Lactea team member Davide Elia told Euronews. “This gives the possibility for a wider study to get general statistics, to reconstruct the history: the past, the present and the future of the star formation in our galaxy.”

The EU-funded Via Lactea project, was part of the HI-GAL Survey, the largest observation program carried out with the ESA satellite Herschel.

This shows the Milky Way as a ‘star formation’ engine.

The project’s principal investigator Sergio Molinari explained more about how it developed.

“We started with the need to build the first highly detailed map of the distribution of cold matter in our galaxy. The cold matter is important because it is here that stars, such as our sun are forming. We could say that our galaxy is like a living organism having a continuous cycle of transformation of matter.”

“An unexpected result of the survey was the mass of filamentary structures that we see in the cold matter of our galaxy and that is somehow a kind of skeleton of the spiral arms of our galaxy,” continued Molinari.

Herschel satellite
Thanks to Herschel’s data, which are the result of nearly 1,000 hours of observations, the creation of a fundamental theory, as a predictive model for star formation, has become a more affordable challenge for researchers.

“We are able to extract from the Herschel observations a lot more of information now, which is helping us then to constrain a model,” Anthony Whitworth, an astrophysicist from University of Cardiff told Euronews. “There are other people in the network (of researchers) who build models of how stars form, of the flows that create stars.”

“Thanks to Herschel we have unveiled something, I mean we now know the regions where stars are being formed,” said Annie Zavagno,
an astrophysicist from Marseille’s Laboratory of Astrophysics. “Now what we are going to do, as we know where they are, is to see and examine them in more detail.”