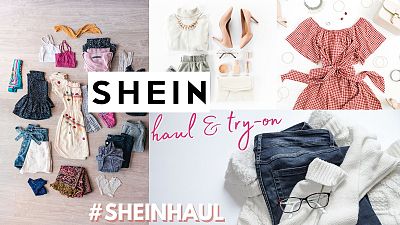 Fast-fashion giant Shein has just become the largest online-only retailer in the world. In July this year, the app became the most downloaded with over 17.5 million downloads across the Google Play and Apple stores. But why does Shein’s rapid growth have sustainability experts so concerned?

Shein (pronounced she-in, not shine, as it began as SheInside) launched in 2008, originally as a wedding dress retailer. Since then the Chinese company has expanded rapidly, with particular success in social media marketing.

It is the most-mentioned brand on TikTok, far surpassing Netflix which came in second. Shein has been tagged more than three times as often as McDonald’s or Starbucks - it has tapped into the Gen-Z market better than any other brand.

Shein now represents almost a third (28 per cent) of the fast-fashion market in the US alone, and the company is rumoured to be heading towards an IPO - aka listing the company on the stock market.

But as Shein takes social media by storm, with influencers all over the world sharing their ‘#SHEINHAUL’ videos, activists and experts have been left despairing.

The fashion industry is the second biggest polluter in the world, and fast fashion brands - like Shein - are a key part of that pollution.

When you look at some of the numbers around the brand, it’s quite astounding. According to CEO Molly Miao, the company releases between 700 and 1,000 new items a day.

Yes, you read that right: a day.

Shein says each product is only produced in small numbers (between 50-100 pieces), thereby minimising how many raw materials are wasted. When a product is popular, it’s then mass-produced on a larger scale.

But even a product produced on a small scale is still contributing to carbon emissions and waste. Based on the numbers above, and using the most conservative figures, that’s still at least 35,000 items being produced every day - and at worst 100,000.

Sustainability is ultimately about buying and consuming less. Shein’s business model is set up to fuel demand, guaranteeing that there is almost always something new that a consumer will want to buy.

When experts examined the company’s website, they found that 70 per cent of its products in stock are less than three months old. At other fast-fashion retailers, like Zara and H&M, this number is between 40-53 per cent.

In a world where the average consumer throws away 60 per cent of new clothes in the same year they were bought, Shein’s approach to sales is a clear part of that pattern.

The fashion industry is responsible for more than 10 per cent of carbon emissions and consumes approximately 100 million tonnes of oil every year. Virgin polyester (aka polyester that’s brand-new) is a key part of these figures, with the production levels of this fabric double what they were in 2000.

The process for making a year’s worth of virgin polyester churns out the same amount of CO2 as 180 coal-fired power plants - that’s around 700 million tonnes of CO2 annually. Reports estimate this could double again by 2030.

Carbon emissions are at the heart of global warming, meaning every tonne of CO2 released into the atmosphere is making our planet increasingly unlivable.

The effects of our warming climate have been all too evident in recent months, from devastating wildfires and heatwaves to deadly floods and hurricanes. The recent IPCC report on climate change was labelled “code red for humanity.”

Fast fashion brands like Shein are bad for people and planet

As well as contributing to the climate crisis, fast fashion also relies on exploiting people within the supply chain. In order to mass-produce clothes and sell them at such a heavily discounted rate, costs have to be cut.

"The garment industry, not only the fast fashion industry, is built on poverty wages and sweatshop conditions,” explains a spokesperson for The Clean Clothes Campaign.

“These working conditions are no mere flaws of individual factories, but they are driven by an industry practice of pushing for the lowest price and shortest lead times in an eternal race to the bottom.”

Although Shein has a corporate social responsibility page that says the company “always practice[s] fair labour” and “never EVER engage[s] in child or forced labour”, Reuters reported last month that Shein has failed to provide adequate transparency over its supply chain.

Shein specifically has also been called out multiple times by independent designers, who accuse the fast-fashion giant of stealing their work.

In August of this year Bailey Prado, a crochet designer based in Los Angeles and London, accused Shein of stealing 45 of her designs.

“I convinced myself it wasn’t a big deal,” said Prado on Instagram, “but now my designs, what has been my whole life for the last 3 years, is now sold to millions of Shein consumers that will never know about me.

“It seems like fast fashion companies have no consequences.”

Why do people love Shein so much?

Despite multiple designers like Prado highlighting Shein’s intellectual property theft - along with a plethora of articles and videos decrying the brand’s poor quality - the company is going from strength to strength.

At the centre of their marketing strategy are #SHEINHAUL videos, where influencers and social media users share footage of the swathes of items they’ve bought from or been gifted by Shein.

Influencer marketing isn’t a new concept, nor one unique to Shein, but it’s become a cornerstone of fast fashion advertising during the COVID-19 pandemic. As people are stuck at home, there’s something almost therapeutic about watching other ‘relatable’ figures also stuck in their homes trying on clothes.

Shein is also a rare brand (not just fast fashion, but all fashion) in catering to plus-size consumers. They have many products that go up to a 5XL (UK 26/US 22/EU 54), which is far beyond what high-street equivalents like H&M, Zara and New Look offer.

This has certainly helped with the brand’s popularity, as it offers choices not often afforded to plus-size shoppers, who often end up paying the so-called ‘fat tax’ on clothes.

But some have pointed out how incongruous Gen-Z’s love of Shein is.

Gen-Z (people born between the mid-to-late 1990s and 2012) are famed for their sustainable preferences and political activism. Similar to Millennials, the generation is more progressive than previous age groups, as well as being digital natives, better-educated, and more concerned by climate change.

Yet young people make up a significant portion of Shein’s target demographic - as shown by the decision to focus marketing efforts on TikTok.

Though the social media app has become a space for social activism and many sustainable designers and brands to make a name, it’s now dominated by Shein content too.

“The worry with what Shein is doing — especially with their target audience of Gen-Zers — is that it is making them think that it’s OK to pay next to nothing for an item of clothing, when the only way to have reached that price would mean exploiting people along the supply chain, from the makers to the designers,” Rebecca Morter, founder of the sustainable e-commerce site Lone Design Club, told Glossy.

With a reality show in production and countless celebrity partnerships, Shein’s rise to the top is seemingly unstoppable. This ultimately leaves things in the hands of consumers.

It’s our choice: a livable planet where workers are paid fairly - or cheaper clothes created with stolen designs.