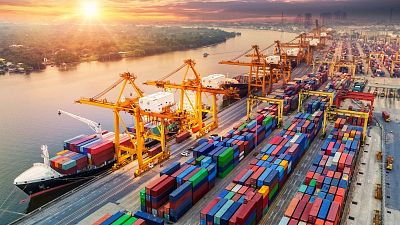 New, disruptive companies are offering compelling answers to one of the most pressing problems of the world: achieving sustainable prosperity. Many of them are European. Fabrice Bienfait, partner at ETF Partners, a venture capital firm focused on sustainability, considers why that is.

If I were to ask a group of people where they think the world’s most innovative companies come from, it’s likely that Silicon Valley would be top of their list. Certainly, the last 40 years of technological disruption have been driven by businesses with their roots in the west coast of the US.

Now, however, we are on the cusp of a new era of disruption. An environmental revolution that is being led by Europe.

Across the continent, in both public and private sectors, organisations are actively seeking solutions to address the sustainability emergency we face. From the European Union’s Green Deal and its rulebook on what constitutes sustainable investment, to national governments and major corporations publicly aiming for significant, ambitious emission targets, some of the world’s most active organisations in addressing climate change are based in Europe.

Most importantly, the general public are committed to climate action in Europe.

One 2020 report revealed that 94 per cent of Europeans say environmental protection is important to them personally, with 33 per cent believing that the most effective way of tackling environmental problems is by changing the way we consume. This is helping create a significant market for environmentally sensitive products and services.

It is all contributing to a vibrant ecosystem, where new products are actively sought after. Large corporations alone can’t meet the demand, and this is giving startups a major opportunity to both prosper and make an impact.

What’s more, they’re coming at the sustainability issue from all angles. From banking and grocery delivery to waste management and shipping, there are a host of ambitious businesses seeking to tackle the defining challenges of our time head on.

How four companies are changing the world

Take, for instance, DeepSea, which specialises in using artificial intelligence to improve vessel performance monitoring and optimisation in the shipping industry.

Based in Athens, it gives fleet owners and shipping companies the ability to track vessel emissions and take action to reduce fuel consumption. With so many of the products we buy transported by sea, DeepSea is helping to improve the sustainability of a major part of the global supply chain.

Or there’s The Modern Milkman, a grocery delivery service headquartered in Manchester. It works with local farmers to provide a range of groceries to customers, all in recyclable or returnable and plastic-free packaging.

Its founders were inspired by David Attenborough’s Blue Planet to do their part to solve the plastic crisis in our oceans, committing to being completely plastic-free. As well as growing rapidly across the UK, it has also recently attracted investment from the US venture capital firm Insight Partners, which counts Twitter, Shopify and Hello Fresh among its previous investments.

Berlin-based Tomorrow is a digital bank that wants to make it easy for people to have a positive impact with their finances. Whereas many banks invest in fossil fuels and other environmentally unfriendly resources, Tomorrow has committed to only investing in social, sustainable and ethical bonds.

In doing so, these bonds finance a variety of projects and causes that contribute to improving life on the planet. Its stated aim is to be Europe’s largest sustainable bank, and since launching in 2018 it has invested nearly €20 million in sustainable projects, saving more than 28 million trees and attracting 72,000 customers.

What about the impact of waste? The food and drinks industry, for example, produces huge amounts of waste, while at the same time we have massive issues with hunger and poor nutrition in economically deprived populations. The French company Phenix was set up to tackle exactly that problem, using technology for good to solve the problem of wasted, unsold food products.

Its services include a platform that connects producers and retailers with NGOs and charities to get unsold food to those most in need, a consumer-facing app that alerts individuals to reduced prices on unsold products, and a supermarket chain selling food that does not meet the standards of mass distribution. As a result, in 2020 it saved the equivalent of 44 million meals from being thrown away.

These are businesses driven not just by commercial success; they are mission based and striving to deliver change across all parts of life in Europe.

There is a huge groundswell of enthusiasm for having an impact today. At ETF Partners, each year the company has more than a thousand startups reaching out, more than ever before and double what we saw just 10 years ago. All of them are focused on driving sustainable change.

There is now great momentum developing but we still need to try harder, as climate change is an increasingly urgent crisis. The world has, sadly, now experienced that global crises can and do happen – but it has also seen that technological innovation is critical in helping us solve big problems. Indeed, urgency drove the development of vaccines far faster than people ever thought possible.

It’s a lesson that needs to be applied to the climate revolution – we need governments, corporations, scientists, entrepreneurs and the public all committed to making sustainable, lasting change. The environmental revolution is happening, and Europe is leading the charge.