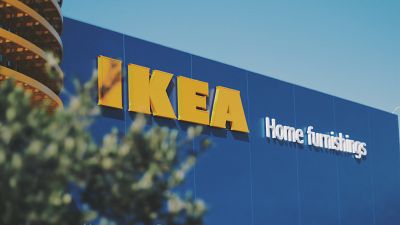 Swedish flatpack giant IKEA is starting a scheme to buy back your old furniture.

The ‘buy back’ initiative will launch in November to coincide with Black Friday and is intended to take a stand against the excessive consumption that usually happens on this day.

Customers in 27 countries will be able to sell back fully assembled drawer units, tables, chairs, cabinets, desks, shelving and cupboards.

Returned pieces of furniture will be graded from ‘as new’, which will get you 50 per cent of the original price, to ‘well used’ which will get you 30 per cent. But instead of a cash refund, customers receive a voucher card for the store. The voucher won’t have an expiry date, a move the company says is meant to encourage people to only buy furniture when they really need it.

Items will then be put back on sale in the ‘as-is’ area of the store for people looking to reduce the amount of brand new furniture they buy. Anything that cannot be resold will be recycled, says IKEA.

“With the launch of Buy Back we are giving a second life to many more IKEA products and creating more easy and affordable solutions to help people live more sustainably,” says Peter Jelkeby, chief sustainability officer for IKEA UK & Ireland.

“Sustainability is the defining issue of our time and IKEA is committed to being part of the solution to promote sustainable consumption and combat climate change.”

The company has already been testing out the scheme for more than a year at stores in Edinburgh and Glasgow.

It also has plans to open a dedicated second-hand furniture shop in Eskilstuna, Sweden later this year at the “world’s first recycling mall”, called ReTuna.

Critics have called out IKEA’s green practices in the past, including the building of its “most sustainable store” in Greenwich, London. To build the store, another pioneering sustainably designed supermarket was pulled down after being in place for just 17 years. One article in design magazine Dezeen, asks, “IKEA claims its latest London store is its greenest ever. But how can this be true if another green building was demolished to make way for it?”

Even inside the company, there are questions about the legitimacy of eco-friendly initiatives. Last year, Jesper Brodin, CEO of IKEA told Forbes “we are still having internal debates over the fear of greenwashing”. He added that “right now, shortcuts are not going to help people.”

IKEA is keen to do things properly and has partnered with circular economy experts at the Ellen MacArthur Foundation.

The company says that in the next decade all products will be made from renewable, recyclable or recycled materials and will be designed using the principles of circularity. This will mean everything in store is to be intended for re-use, refurb, re-manufacturing or recycling so that as little as possible ends up in landfill.

Every year, 10 million tonnes of furniture are thrown away by businesses and consumers across Europe, according to the European Environment Bureau. As most of this either ends up in landfill or is incinerated, experts are encouraging circularity in the industry through repair and resale initiatives like this.

In September 2020, the company also announced that it would be investing an additional €600 million globally in plans to become fully circular and climate positive. The amount will be equally split between green startups, renewable energy and moves to make stores and warehouses more sustainable.

IKEA had an annual worldwide turnover of €41.3 billion in 2019 and has so far invested €3.2 billion in sustainability initiatives over the last 10 years.