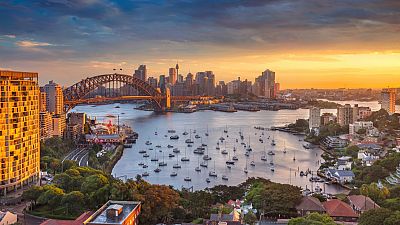 Thousands of trees are being planted across Sydney, Australia, to help lower temperatures across the city.

The Australian government plans to plant one million trees by 2022 across the country, but the first stage will see 170,000 trees introduced to Sydney. The architects of the project hope that introducing a new canopy will help minimise the ‘urban heat island effect’, where metropolitan areas are significantly warmer than nearby rural spaces.

“By working together across Greater Sydney to increase the tree canopy cover in their neighbourhoods,” explains Greening Australia’s Nature in Cities director Paul Della Libera, “we can lower temperatures and create healthier communities for both people and wildlife. This is particularly important in urban areas given rising summer temperatures.”

He adds, “We will be partnering with Western Sydney University to identify and prioritise the communities with the lowest canopy cover and greatest vulnerability to the urban heat island effect.”

He concludes that as more people move into apartments, terraces or townhouses, the city’s parks, tree-lined streets and playgrounds will soon “become the 'shared backyards' that keep our cities healthy and liveable.”

Although 32,000 trees should be planted by the end of this year, the Greater Sydney Commission is hoping to see 40 per cent of urban areas covered in trees by 2056. A similar scheme is underway in Europe, as the European Commission looks to plant three billion saplings by 2030 as part of the European Green Deal.

Australia is also using the pandemic as a chance to redesign green infrastructure, as part of its recovery programme. New South Wales (NSW) is proposing a ‘Greener Places’ policy, which includes projects like urban tree canopies, as well as more leafy spaces for citizens and a focus on ecological conservation.

"It's not just about sustaining our environment, it's about regenerating our environment," explains Abbie Galvin who works as a NSW government architect. For Galvin, a ‘business as usual’ approach to green spaces is no longer sufficient.

Drawing on other forms of innovative urban design like New York City’s High Line, a green linear park which was created in 2015 from an old railway line above Manhattan, experts want to see more imagination when it comes to sustainable town planning.

"It's really important to encourage people to be visionary," Galvin concludes.