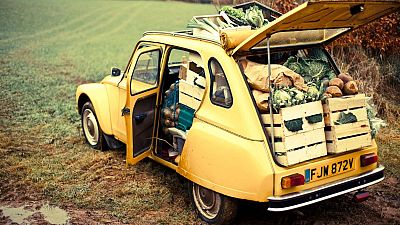 Small organic farm businesses are on the rise in the UK, according to new government data. Despite a drop in area of organic farmland, there is now higher demand for sustainably produced food and drink than ever before.

The area of land farmed organically hit its lowest level in 16 years, in 2018. Among the worst hit areas were organic woodlands – sustainably managed areas of wild land, which provide essential resources, shelter and habitats for animals and insects.

Delivery box services like UK-based Riverford Organic and Farmdrop were the fastest growing area in the organic market, up 14.2% on 2017. Meanwhile, organic beauty products are soaring, with sales rising 14% in the UK last year.

“More and more people looking for organic products when they shop, leading to a record eighth consecutive year of sales growth in the UK’s market,” said Liz Bowles, associate director for farming and land use at the Soil Association, which certifies organic food, drink and beauty products.

“Demand is growing faster than UK producers can supply, so it’s disappointing to see a small drop in certified organic land this year when we know that there is such high demand for UK organic in the shops. Recent research has also shown that green farming practices, like organic, can feed the population healthily while radically reducing greenhouse gas emissions and pesticides.”

In the rest of Europe, organic farmland has soared in the same period.

So, where is demand for organic highest?

But when it comes to buying organic, Germany spends the most. In 2016, it accounted for €9.5bn of the total €30.5bn spent on organic food, drink, beauty and fashion products in the EU.

Which countries are doing best on renewable energy?