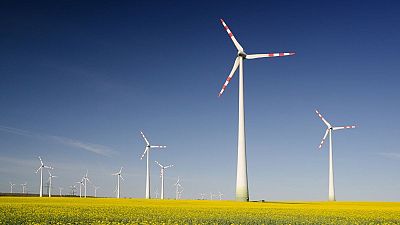 For the first time since the Victorian age, the UK is powered more by zero-emissions energy sources than fossil fuels.

Approximately 18% of that came from nuclear power, while 24% came from renewable sources like wind, solar, and hydropower for the first five months of this year. It comes as the UK strives to achieve net zero carbon emissions by 2050.

As for the rest of Europe, back in 2010, the European Commission proposed a strategy aiming to cut greenhouse gas emissions by up to 30% by 2020 in comparison with 1990 levels. Meanwhile, it said countries should aim to bring the use of renewable energy up to 20%.

So, which countries are leading the charge to ditch fossil fuels?

Since the 1800s, Norway has relied on hydropower to produce the bulk of its electricity. Now, 98% of all its energy production is done with renewable sources, with hydropower still in the lead.

It’s increasingly looking to other green energy sources, like wind and geothermal energy, to cater for growing demand and enable it to export its environmentally-friendly energy to neighbouring countries.

Sweden is the only country in the EU where more than 50% of its energy usage comes from renewable sources.

The country passed its target of getting more than half of its energy from green sources in 2012. Now, it’s aiming for 100% clean energy by 2040. A significant part of its success in harnessing nature to produce renewable energy is down to its plentiful supply of moving water and green areas, which can be used to provide hydropower and biomass.

Though it’s not a member of the EU, Albania’s position on the Adriatic coast has allowed it to take advantage of tidal power.

Almost 100% of the energy produced in Albania comes from hydropower sources. But academics say the country is only using a third of its potential to create clean energy, as its coastal location could provide the ideal spot to harness wind energy and ditch reliance on imports.

Another country committing to an energy system free from fossil fuels by 2050. Denmark is a world leader in wind energy production. Its government says it produces more than twice as much wind energy per person than any other developed country.

It’s aiming to bring that up further, by constructing a giant offshore wind farm off the island of Møn in the Baltic Sea. By the time it’s completed in 2022, it will produce enough electricity to power 600,000 households.

Austria, Denmark, Finland, Latvia, and Sweden are leading the way in the EU with over 30% of their energy coming from non-nuclear and zero emissions sources. While at the other end of the scale Belgium, Luxembourg, Malta and the Netherlands all use less than 10% renewable energy.

Which European country produces the most organic food and drink?