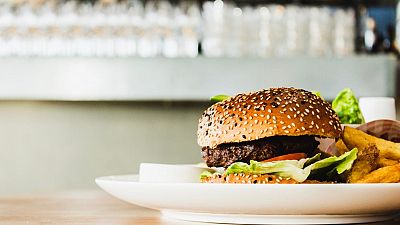 By 2050, the world population is expected to reach 9.7 billion. That’s a whopping increase of two billion more mouths to feed. It’s time to rethink the future of food. Through the ages, people have mostly relied on technology to sort out food issues. Following WWII, it became evident that the then food production was going to be insufficient to accommodate the rapid population growth.

The answer to the problem was found in the ‘Green Revolution’: the reliance on newtechnologies to protect our crops from pests and diseases. Nerve gasses were modified tobecome insecticides, DTT was crowned the hero of its generation providing higher yieldsand cheaper prices. Later, the Green Revolution morphed into the Gene Revolution.

Pesticides were still used and we still overfished our oceans for which we now pay a highecological price. Whilst new science allowed engineering at a cellular level leading to a kind of genetic uniformity which triggered more ecological calamities. If our next challenge is to find enough food, in the next 30 years, to feed the equivalent of an extra China and USA put together. It’s time to rethink the future.

Against this background, opinions are shifting. Consumers are becoming more aware of environmental problems, looking at ways to be more proactive, without rejecting scientific advances... when the latter have no scary side effects. According to Mintel research, ‘The share of meat-free new products carrying a vegan/no animal ingredient labelling nearlydoubled between 2014-17. 34% of meat eaters in the UK reduced their meat consumption in 2018.’

Keen to grab a slice of the meat-free pie, retailers are responding fast, reinventing food halls, displaying vegetables as works of arts, engaging consumers and offering seasonality firstand foremost. ​Natoora​,​ the next generation of greengrocers, feed our aspirations, transforming our needs. While the number of strict vegetarians and vegans remains small, lots of committed foodies are seeking to eat more vegetarian and vegan products and dishes. It would seem that consumers are turning away supermarkets and theirbananas wrapped up in plastic, as if their skin wasn’t enough protection. We prefer environmentally-conscious shops that respect the food and build a transparent supply chain.

Have your chick and eat it

In the new year, we reported that the ‘culture’ of meat was becoming a reality. Six monthslater scientists are locked in a race to produce meat in labs. It is only a matter of time beforemeat grown from pigs, chickens and cattle from cells alone finds its way to supermarkets.

Would you choose lab-grown steak to help the environment?

Sainsbury’s was ‘the first UK supermarket to stock edible insect products’ at the end of November 2018. Grasshoppers, wasps, worms and over 1,000 species of crawlies are already providing protein, calcium and iron to folks in Africa, Asia and Latin America. According to a survey published in the Grocer’s magazine, ‘42% of Brits are willing to try insects’. Considering that Westerners are slightly squeamish about gobbling ‘micro livestock’ whole, we are likely to see the trend start with snacks such as tortillas, or **bugs**’.

Another year, another wave of predictions for the next weird and wonderful food of the future. According to the respected Future 100, Lichen dishes will be top of the list in case ofa global food crisis. Julia Schwarz, a designer focused on design research, showcased it at the Vienna Design week. She says ‘it has a lot of nutritional and health values’ and ‘It tastes like algae and mushroom mixed together’. In June 2018, world leaders invited to the G7summit in La Malbaie, Canada, were served Caribou Moss also known as Reindeer Lichen, an attractive silvery lichen already used in the making of Aquavit, the popular Scandinavian spirit favoured in Germany, cheers!