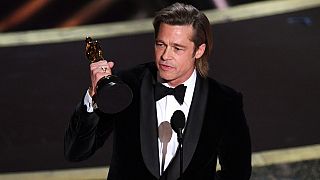 The French media conglomerate Mediawan has acquired the production company Plan B Entertainment, founded and chaired by Brad Pitt.

Mediawan didn’t disclose the valuation of the deal but it reportedly values Plan B more than $300 million, according to The Financial Times.

The acquisition of a majority stake is partly made in Mediawan shares, thus leading the three Plan B co-chairmen, Brad Pitt, Dede Gardner and Jeremy Kleiner, to also become Mediawan shareholders.

“This partnership will allow us to create a unique artistic link between Europe and the United States through which we and Plan B will develop premium independent content, providing a global platform on which the world’s greatest talent can continue to thrive,” said Pierre-Antoine Capton, CEO and Co-Founder of Mediawan.

“We would like to thank Brad, Dede, and Jeremy for their trust and recognition of the world-class content emanating from our work in Europe.”

Plan B partners stated that the deal will allow Plan B to “open a window to an even greater number of storytellers, both established masters and the emerging voices that have always excited us.”

“As we enter the next chapter in our evolution, we are excited at the possibilities this partnership affords as we maximize our reach toward an increasingly global audience with a broad range of films and television series across all platforms, genres, and mediums.”

The deal is the latest in a string of acquisitions of independent production studios looking to capitalize on the appetite for fresh content in Hollywood, especially since the ever-growing demand in streaming services.

For instance, last year, the private equity-backed entertainment company Candle Media acquired actress Reese Witherspoon’s Hello Sunshine, the production company behind the "The Morning Show” on Apple TV+. That deal was valued at around $900 million.

Looking outside and expanding within the US

Pitt founded Plan B in 2001 with his now ex-wife Jennifer Aniston and his then-manager Brad Grey, who died in 2017. Pitt became the sole owner after he and Aniston divorced.

The production company has helped make both movies and TV series over the past two decades, including Academy Award-winning movies such as The Departed, 12 Years a Slave and Moonlight, all of which won the Oscar for Best Picture.

It has produced several films released this year, including Netflix’s Marilyn Monroe drama Blonde, and the investigative drama She Said for Universal Pictures, about the two journalists who broke the Harvey Weinstein story leading to the rise of the #MeToo movement.

By joining forces with Plan B, Mediawan is expanding beyond its core European markets into the US, the companies stated. A newly created entity, Mediawan US, will coordinate the group's projects and future developments in the US.

What this deal marks above all is the establishment of an unprecedented partnership between two of the most important independent producers in Europe and the US.

"Cinema is becoming international. Talents are emerging all over the world," Pitt said in an interview with Le Parisien newspaper.

"For our future projects, we have to look outside the United States."