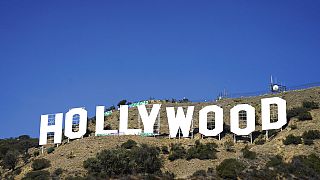 More women and people of colour are creating television shows but the industry is falling short of equality when it comes to spreading production money around, according to a new study.

A report by the University of California in Los Angeles shows series' greenlit for TV's 2020-21 season furthered diversity on and off-screen but white men had a significant edge in creating high-budget series.

The difference is most apparent in the digital realm that includes Netflix, Hulu, Amazon Prime Video and other streaming services, according to the latest Hollywood Diversity Report from UCLA’s Entertainment and Media Research Initiative.

"In the biggest-budget playground that is the digital platform, white men show creators benefitted the most, with 21% enjoying per-episode budgets of $7 million or more," according to the report, which cited Netflix's opulent The Crown as an example.

By comparison, researchers found that 11.1% of people of colour created pricey streaming shows, with white female show creators lagging further at 2.9% of those entrusted with per-episode budgets of $7 million or more - WandaVision on Disney+ the sole example found.

“The people of colour and women with the biggest budgets mostly come from the film world or previous TV hits,” said Ana-Christina Ramón, one of the report's authors and director of Entertainment and Media Research Initiative.

Among the examples she cited in an email: Barry Jenkins, the Oscar-winner filmmaker (Moonlight) who created and directed Amazon's The Underground Railroad and Malcolm Spellman, who wrote for Fox's Empire before creating and producing The Falcon and the Winter Soldier for Disney+.

The so-called pipeline effect has been cited before as key to giving underrepresented groups a chance to rise in the industry - and to serve an audience and nation that is increasingly diverse. While white people remain the most prevalent U.S. racial or ethnic group, the 2020 census found an unprecedented drop in their numbers as the Hispanic and Asian populations boomed this past decade.

In the ongoing UCLA study, researchers have found that ratings success can correlate with the diversity of cast members and creators. In a striking example, cable viewership was highest for shows with casts that included at least 41% people of colour.

A positive development cited by the study was the “clear uptick” in creators of colour in the 2020-21 season, although the numbers fell short of proportionate representation. There was also an on-screen breakthrough: People of colour collectively reached or exceeded representation among main characters.

Darnell Hunt, UCLA executive vice chancellor and co-founder of the ongoing Hollywood Diversity Report on TV and film, warned that a possible recession could cause setbacks.

“Diversity initiatives traditionally are the first to be cut or sacrificed when there are economic downturns,” Hunt said in a statement, noting that some cuts have already been made. "Any cost savings studios realize now will come at the expense of alienating increasingly diverse viewers who expect increased representation in their TV shows, and do not make good business sense in the long term.”