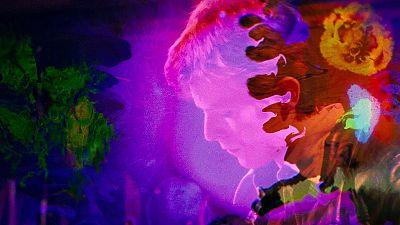 Barely a month goes by without David Bowie being in the headlines in some shape way or form.

Only this September, several of his 90s albums have been reissued – including electro-heavy 'Earthling' and the underrated concept album '1. Outside' – his seminal 1971 album 'Hunky Dory' has been re-released with never-before-heard demos and a booklet to boot, and his handwritten 'Starman' lyrics went up for auction and sold for £200,000 (approx. €227,000), five times the estimated price for what is admittedly a historic piece of memorabilia.

Also on release this month after its premiere at this year’s Cannes Film Festival is Moonage Daydream, the first documentary sanctioned by David Bowie’s estate. And it’s quite the multi-sensory ride.

Writer / editor / director Brett Morgan (Cobain: Montage of Heck) offers a look unlike any other into the late artist’s life and career, and manages to banish from our psyche’s the dreadful memory of the Johnny Flynn-starring biopic Stardust.

Describing this cinematic experience is a tough ask, and the words ‘kaleidoscopic’ and ‘psychedelic’ will already have been plastered over multiple reviews for Moonage Daydream. But they are apt. This OVNI of a film is a deliriously immersive, non-linear and willfully chaotic exploration of Bowie’s influences, which merges music and imagery to elliptically delve into the ever-evolving life of Major Tom, Ziggy Stardust, The Thin White Duke and Nathan Adler.

It features unearthed treasures from Bowie’s life, reportedly assembled using over 5 million pieces of material from the Bowie archives. The whole thing is intricately constructed to play out like a relentless avant-garde art installation that has been remixed for maximum sonic effect (12.0/5.0 Dolby Atmos and 7.1/5.1 surround sound), so that it looks and sounds incredible.

As you can probably tell, this is one to watch on the big screen at all costs. It’s the furthest thing from a typical talking head doc, as it defies all documentary convention to create a unique assault on the senses that fizzles with aural and visual flourishes. No home-viewing could hope to do this experience justice.

Of course, die-hard fans will find omissions and will be upset that Iggy Pop and the drug use, for example, are absent from this piece. But even a 140-minute film can’t fully encompass a vibrant fifty-year career. Nor does Moonage Daydream purport to. It’s more interested in diving into the essence of Bowie, and does so in a truly fascinating (and at times tear-teasing) way.

It won’t be for those seeking a straightforward narrative or a relaxing watch, as the film’s relentless explosion of sound and vision may alienate some. But anyone looking to surrender to a hypnotic journey inside the brain of a much-missed talent should rush to the biggest screen they can find. And while we here at Euronews Culture do not condemn or condone the use of psychotropic substances, if ever there were a film to watch on a buzz, this is it.

There are plenty of other documentaries on Bowie out there, but none come close to achieving what Moonage Daydream does. So, once you’re done basking in the dizzying dirge Brett Morgan plunges the viewer in, you’d do well to remind yourself that the Starman was not only a musician and performer without equal, but a talented actor in his own right.

Bowie was as charismatic on screen as he was on stage, and he left behind a rich and strange filmography to mark his boundless influence on popular culture. From his first credited turn in the 1969 short film The Boy to his final cameo in 2009’s Bandslam (if you don’t count the archive footage used in 2017’s series Twin Peaks: The Return), his chameleonic approach to art was mirrored in his creative output as an actor.

Here are just some of his best film performances.

Based on Walter Tevis’ novel and released the year Bowie moved to Berlin, director Nicolas Roeg’s allegorical sci-fi gem is one of Bowie’s most memorable big-screen turns. The Man Who Fell To Earth saw him play an extra-terrestrial who crash lands on Earth in order to find water and ship it to his home planet. After Jareth The Goblin King (more on him in a bit), Thomas Jerome Newton is the role he was born to play.

Tony Scott’s The Hunger sees the Thin White Duke playing a 200-year-old vampire, John, who unwittingly lures Sarah Roberts (Susan Sarandon), a young doctor specializing in sleep and ageing research, into his married life with the predatory Miriam (Catherine Deneuve). This creates a bloody love triangle for the ages. It features Bowie bringing an otherworldliness to the role – which was clearly an inspiration for Jim Jarmusch’s Only Lovers Left Alive. Watch out for that opening sequence of Bowie prowling a nightclub to the sounds of English goth-rockers Bauhaus playing ‘Bela Lugosi’s Dead’, as well as some memorable special effects courtesy of The Exorcist make-up artist Dick Smith.

Muppets creator Jim Henson, Monty Python’s Terry Jones and Star Wars head honcho George Lucas joined forces in the 1980s to create an epic musical fantasy featuring some top-notch puppetry. But most people remember Labyrinth for Bowie’s creepy and ever-so-slightly sexual (don’t you deny you felt a twinge down there when he speaks the line “Just fear me, love me, do as I say, and I will be your slave”) turn as pantomime villain Jareth The Goblin King, who kidnaps a baby and demands that his teenage sister Sarah (Jennifer Connelly) brave his mind-bending maze in order to save him.

This out-of-nowhere cameo in Zoolander puts Bowie’s self-awareness and sense of humour on full display. He plays the grand poohbah of catwalk modelling in Ben Stiller’s cult comedy, showing up in the middle of a runway-off to judge a match between Stiller’s Zoolander and Owen Wilson’s Hansel. Whipping off his glasses before a freeze-frame with “David Bowie” flashing on the screen, the sequence is both hilarious and iconic.

This magician-vs-magician period thriller is one of Christopher Nolan’s most underappreciated film. For his adaptation of Christopher Priest’s novel, Nolan made a canny casting choice for the narratively pivotal role of real-life figure Nikola Tesla: get Bowie to play the famously idiosyncratic inventor. The unexpected moment when he emerges from a cloud of smoke and lightning is nothing short of electric, and during his limited screen time, Bowie imbues the role with an understated gravitas that makes you believe that he could cross the barrier between science and magic.