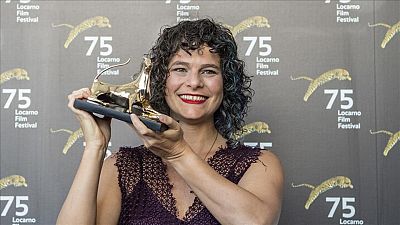 The Locarno International Film Festival has awarded its top prize, the Golden Leopard, to the Brazilian drama Rule 34 from director Julia Murat.

This is Murat’s third feature after her debut Found Memories (2012) and Pendular, which won the FIPRESCI Prize at the 2017 Berlin Film Festival.

The film sees 16-year-old Eva wanting to move in with her estranged father in the wake of her parents’ divorce, and explores the knotty crawlspace between teenage years and adulthood in an unsentimental and frank manner.

The winners were announced on August 13, the final day of the 75th edition of the festival. The winners in International Competition are as follows:

In terms of honorary prizes, the festival awarded the Pardo alla carriera 2022 went to cineaste Costa-Gavras; the Pardo d’onore Manor 2022 to director Kelly Reichardt, with the festival stating that “as an expression of U.S. cinema’s inexhaustible capacity for reinventing itself, Kelly Reichardt is perhaps the most exciting filmmaker working today”; the Lifetime Achievement Award 2022 to actor Matt Dillon; and the Leopard Club Award 2022 to Daisy Edgar-Jones, “one of the most promising actresses working today.”

This was the first full-scale edition of Locarno since the beginning of the Covid-19 pandemic in 2020.