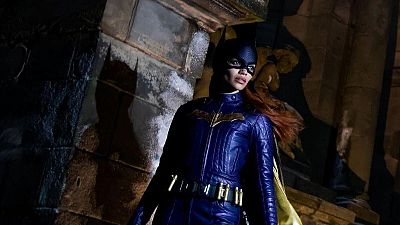 Batgirl will not take flight.

Warner Bros. and DC Films have confirmed that they will not be releasing their upcoming Batgirl film theatrically or on any digital platforms, despite it having completed its shooting and being in the final stages of post-production.

Why can’t we have nice things?

The Batgirl film, starring Leslie Grace in the titular role, as well as Michael Keaton reprising his Bruce Wayne from the Tim Burton diptych and J.K. Simmons as Commissioner Gordon, was expected to be released next year.

So why throw away a project that was ready to go?

This surprising move, first reported by The New York Post decries from the change in leadership since Warner Bros. merged with Discovery in May 2021, with David Zaslav as acting CEO.

Several rumours are circling regarding the reasons behind the axing of directors Adil El Arbi and Bilall Fallah (Bad Boys For Life, Ms Marvel)’s Batgirl: poor test screening reactions, tax write-down, ballooning budgets, while some sources say the film did not fall in line with the new strategy implemented by DC Films and HBO Max, thereby not meriting a release.

Indeed, the damning verdict could be part of a broader game plan to reimagine and revamp the DCEU (DC Extended Universe), which has thus far paled compared to their superhero counterparts Marvel and their ongoing (and far more successful, both critically and commercially) MCU (Marvel Cinematic Universe).

The success of recent DC films like Todd Phillips’ Joker or Matt Reeves’ The Batman has been a further bellwether for the studio to go in another, darker and more self-contained narrative direction, as opposed to serialised storytelling.

So, while the decision to shelve Batgirl at such a late stage comes as something of a surprise, given the reported $90 million budget and the star power, it is proof that DC is desperately looking to avoid replicating past failures.

The wheels of the DCEU wagon have been coming off for quite some time now.

Their recent films have not lived up to expectations, especially compared to Marvel. And, toe to toe with its overachieving rival, DC’s tonally-muddled efforts and overzealous expansion feel haphazard to be generous, utterly shambolic to be truthful.

By burning all the stages Marvel patiently put themselves through before massive tentpole team-ups, DC have brazenly sacrificed a sure footing for its IPs and never found its voice.

One studio had an overarching plan. The other never bothered.

As if that wasn’t enough, DC have been taking turbulent hit after hit with a lot of bad press, chiefly stemming from their casts.

The main offender is Ezra Miller, who plays Barry Allen – aka: The Flash – and their increasingly worrying behaviour. From alleged altercations, grooming attempts and reports of abuse, Miller’s legal troubles represent a monster headache for Warner Bros., especially since The Flash (also starring the potentially cursed Michael Keaton as Batman) is scheduled to be released in June 2023.

There have even been whisperings that Elliot Page could be replacing Miller in the role of the Scarlet Speedster, even if a recast would be a costly nightmare for the Warner Bros. at this late stage, since The Flash has also completed filming.

It’s tempting to proclaim that with every scandal or bold decision that the superhero genre as we know it could be on its last legs.

It’s not. Let’s not kid ourselves: it’s making far too much money for that.

However, it is hard to deny that DC is a mess, and even Marvel are in a bit of a creative rut at the moment, with the studio’s Phase Four plans feeling like something of a post-Infinity Saga midlife crisis.

Hollywood has prior form

The shelving of Batgirl ultimately feels like a huge waste of time and effort for all the talent in front of and behind the cameras.

It also ranks the project as maybe not the most notorious film that no one will get to see, but certainly one of the most expensive cancelled films ever.

The title for that dubious award must go to Jerry Lewis’ The Day the Clown Cried, the infamous attempt to merge clowns and the Holocaust.

The plot involved a washed-up clown imprisoned in a Nazi concentration camp during WW2 who performs for Jewish children. So far, so Life is Beautiful. But then the clown is used to Pied Piper the children into the gas chambers.

Let the shudders run through you and allow that pitch to percolate.

Lewis, who reportedly lost about 15kg for the role, vowed to never let anyone see the film due to his embarrassment after seeing the final product. The public never got to see it.

While Batgirl may not be as disastrously misguided as that effort, it may end up making future listicles of famous films buried by studios.

Whose head is on the block next?

The company’s upcoming earnings call is scheduled for this week, so expect further roster changes to be announced in the coming days.

As for Batgirl, if the last few years have taught us anything, it’s that legions of rabid DC fanboys demanding Warner Bros. release a second cut of their favourite film actually works. See: Zack Snyder’s Justice League.

Maybe fans will toss enough guano the studio’s way, and they’ll eventually let the bat out of the cave.