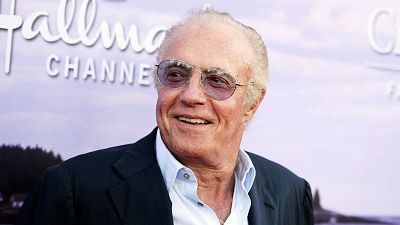 You probably know James Caan from “The Godfather.”

The Hollywood veteran - who has died at the age of 82 - received an Oscar nomination for his celebrated turn as hot-headed mobster Sonny Corleone.

But over nearly six decades in showbiz, Caan starred in dozens of movies, from musicals to smash-hit Christmas comedy Elf.

“It’s hard to believe that he won’t be in the world anymore because he was so alive and daring,” Al Pacino wrote of his fellow actor in Francis Ford Coppola's gangster epic.

“A great actor, a brilliant director and my dear friend. I loved him, gonna miss him.”

There’s something for every film fan in his huge back catlogue. As the movie world grieves an industry titan, here are six of Caan’s roles that are definitely worth a rewatch.

The Godfather - and five other James Caan movies to watch

Perhaps the most acclaimed TV movie of all time, Brian’s Song details the tragic story of Brian Piccolo, a Chicago Bears football player who died of cancer at just 26.

Caan was nominated for a Primetime Emmy for the role of Brian - a job he turned down four times before reading the script.

The ultimate gangster film, Coppola’s interpretation of Mario Puzo's tale tells the blood-soaked history of the Corleone crime dynasty. Caan starred as Sonny Corleone, the son of crime don Vito Corleone (Marlon Brando). He received an Oscar nomination for the role, the sole nomination of his career.

Set in a violent future where corporations have replaced countries, Caan played an athlete who is forced to fight for his life in the violent sport of Rollerball. Caan was well-suited for the role, having spent years playing football at the University of Michigan.

Caan couldn’t be pigeonholed. Just a few years after the Godfather epic, the actor starred opposite Barbra Streisand in Funny Lady, a musical sequel to 1968's Funny Girl. Caan played showman Billy Rose, the third husband of entertainer Fanny Brice, and made the billboard charts for his singing efforts.

If you’ve seen the critically acclaimed horror Misery, this quote will no doubt give you shivers.

In this famous reimagining of Stephen King’s terrifying novel, Caan played Paul Sheldon, a novelist who is trapped by a deranged super fan in a secluded mountain retreat.

Elf is one of the most popular Christmas movies of all time. In the holiday classic, Caan plays the biological father of Buddy (Will Ferrell), a human raised in Santa’s workshop. A straight-talking business executive, he perfectly contrasts with Ferrell’s irrepressible playfulness.

The Godfather director and cast reunite after 45 years