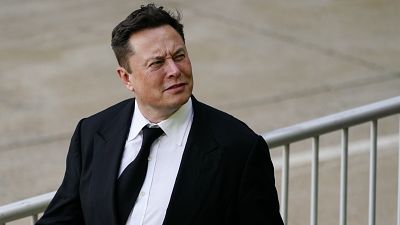 Twitter shareholders are suing Elon Musk, accusing him of allegedly manipulating the market in his attempted takeover of the social media platform.

The CEO of Tesla, Space X and founder of the Boring Company and Neuralink made a €41 billion ($44 billion) offer to buy Twitter and become the company’s CEO on April 14.

Twitter shareholders are now accusing Musk of manipulating the market to save around €145 million ($155 million) in the sale.

Musk has not responded to a comment request on the case.

The shareholders claim Musk allegedly delayed telling the market he had taken a stake in Twitter beyond a legal threshold.

“By delaying the publication of the amount of his stake in Twitter, Musk manipulated the market and bought shares at an artificially low price,” the investors’ lawyers, led by William Heresniak, claim.

Musk’s actions in the build-up to his attempted takeover of Twitter has sent the price of the company’s stock shooting up and down, often just from the content of one of his tweets.

When Musk announced he had bought 9.2 per cent of Twitter’s stocks, on April 4, Twitter’s stock had the biggest surge since the company went public, rising by as much as 27 per cent.

Following that, Twitter invited Musk to join the board. If he had joined, he would have been prohibited from buying more than 14.9 per cent of the company’s stocks and would not have been able to publicly criticise the company as freely.

Instead of joining the board, Musk tweeted that he planned to make a private offer to buy Twitter outright.

That’s when he made his €41 billion ($44 billion) offer. It was originally opposed by the board of directors, but then they accepted it.

I made an offer https://t.co/VvreuPMeLu

“Musk made statements, sent tweets and conducted other actions designed to cast doubt and substantially depress Twitter's stock to create leeway he hoped to use to walk away from the deal or renegotiate the price,” the lawsuit states.

20% fake/spam accounts, while 4 times what Twitter claims, could be *much* higher.

My offer was based on Twitter’s SEC filings being accurate.

Yesterday, Twitter’s CEO publicly refused to show proof of
This deal cannot move forward until he does.

The lawyers have pointed out that Musk has raised some of the finances for the purchase with loans backed by stock in his company Tesla.

Tesla has dropped in value since the offer. Yesterday, Tesla was trading at around $700 from above $1,000 in early April.

However, the world’s richest man has increased the amount he and his business partners are contributing to the sale to around €31 billion, lowering the amount he is relying on banks.

Twitter’s share price recovered by five per cent that evening, after he announced this.

Musk has previously defended his take over of Twitter, claiming criticisms of it are politically motivated.

Musk has claimed that once he owns Twitter, he will remove it from the stock market.