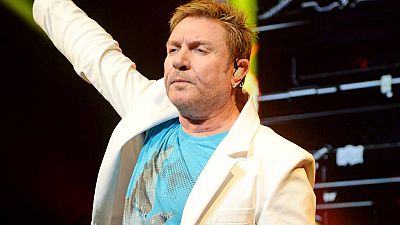 This success has not escaped the notice of Simon Le Bon, Nick Rhodes, John Taylor and Roger Taylor (no, they're not actually related), collectively known as Duran Duran.

With a host of chart hits to their credit across forty years, the pop sensations want to make a movie about their own days as Wild Boys in the 1980s, their heyday.

"It is being discussed and we've had different scripts and ideas put forward," Drummer Roger told UK daily The Sun. "We haven't quite decided on the right one yet. But there are things in development so we will see where they go. We would love to do something like that and I think something will happen in the next few years."

The band formed in Birmingham in the late 70s and were initially considered part of the new wave, New Romantic scene. Rocketing into the mainstream in the early 1980s, thanks in no small part to the onset of MTV, Duran Duran soon were consistent top 10 charters. The Reflex, Girls on Film, Hungry Like the Wolf and Is there something I should know? all burst into the top 5 in the UK charts in the early to mid-80s, making them household names. Their synth-laden soundscapes and thoughtful basslines punctuated by a rock guitar sensibility soon became a familiar feature on the airwaves and they sold out concerts worldwide.

The band released their latest album, Future Past, on October 21, 2021 and will be performing at London's Hyde Park on Sunday July 10 2022.