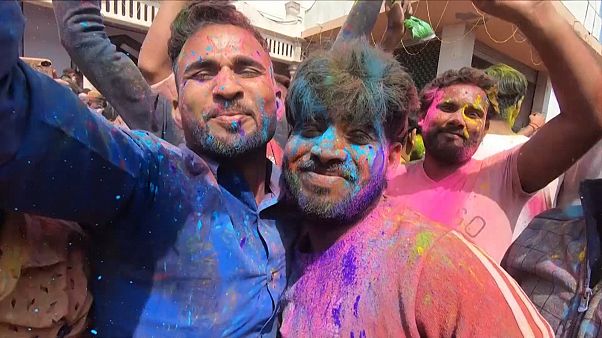 Indians have been celebrating the ancient Hindu festival of Holi - but Prime Minister Narendra Modi is staying away from festivities because of the COVID-19 outbreak.

The colourful festival heralds the end of winter and the victory of good over evil. It will be marked with a national public holiday on Tuesday.

India, one of the world's most populous countries, has around 30 cases of COVID-19 and it has prompted caution about mass gatherings.

"Experts across the world have advised to reduce mass gatherings to avoid the spread of COVID-19," Modi tweeted on Wednesday. "Hence, this year I have decided not to participate in any Holi Milan programme."

Revellers in Nandgaon village in Uttar Pradesh state shook off their fears and kicked off the festival a bit early with celebrations on Thursday, telling AFP they didn't want the virus to curb their activities.

Celebrated mainly in India, Nepal and other countries with large Hindu populations, Holi falls on the last full moon of winter.