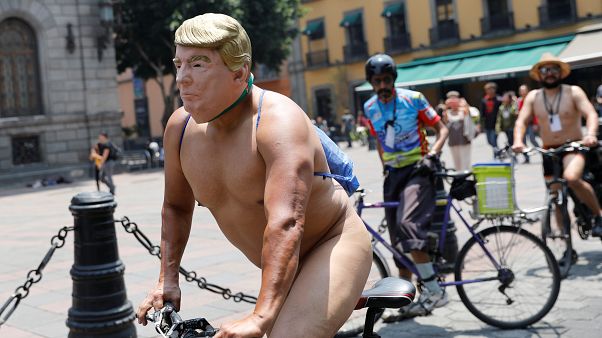 About a hundred naked cyclists, some sporting strategically-placed body paint, took to the streets of Mexico City on Saturday to protest the car culture in the teeming megalopolis and demand cyclist rights.

The city has made an effort to make the city more bike-friendly, launching a bike sharing program and installing bike lanes.

The main gripes of the procession were "rights for bikes," the environment, and Mexico City's chaotic streets.

There are an estimated 8 million vehicles clogging city streets on an average day, and it's risky for bikers to compete with the city's significant traffic.

The event in Mexico City is part of a global movement promoting greater use of bicycles in large cities and more sustainable transportation solutions.