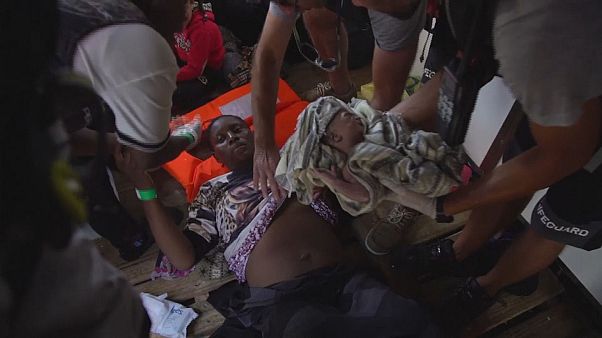 The Spanish NGO ProActiva Open Arms rescued more than 200 migrants floating in rubber dinghies off the coast of Libya.

“We have this woman, she says she was nine months pregnant. And when she was onboard she started having labour, so I don’t know how you say it, break water? She started the labour. And after ten minutes of labour the baby was born but there was no crying so we had to do reanimation for about fifteen, twenty minutes. It was really hard because we thought she was dying and finally and luckily she’s alive and beautiful,” said ProActiva Open Arms volunteer Francisco Gentico.

The mother, called Peace, and her daughter are said to be doing well despite the baby receiving CPR straight after its birth.

Simon Yeboha, the father of the baby, thanked God for the well being of his wife and daughter. “Only God can do this, there’s nobody like him,” he said.