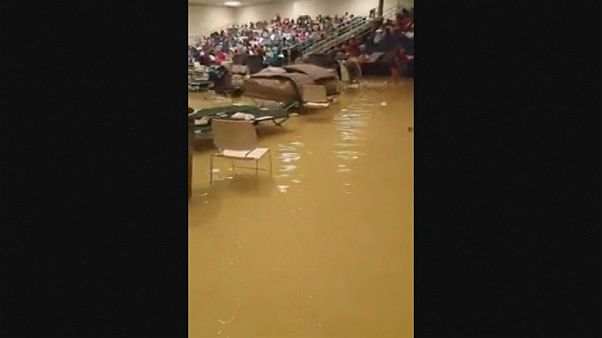 A shelter near Houston for at least 100 displaced people has been overrun by Harvey floodwaters, forcing weary evacuees to retreat to bleacher seats.

Jefferson County sheriff’s deputy Marcus McLellan said on Wednesday that the Bowers Civic Centre in Port Arthur was inundated overnight due to overwhelming rainfall and a nearby overflowing canal.

Cots and belongings have been abandoned on the civic centre floor, which is under a foot of water.

McLellan says it’s not clear where the evacuees will go. Some have been at the civic centre since Monday.