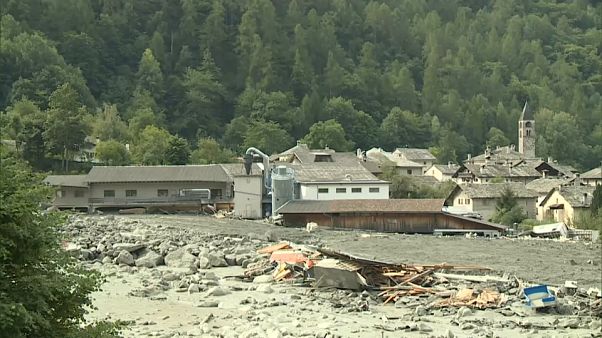 A second landslide swept through the alpine settlement of Bondo yesterday, just hours after a massive fall of millions of tons of debris all but obliterated the village, and caused the probable death of at least eight hikers who have been reported missing. The clean-up operation has resumed.

Two Austrians, four Germans, and two Swiss nationals remain missing. They had set off separately or in pairs, and were believed to have been hiking in the area which was struck by the mudslide.