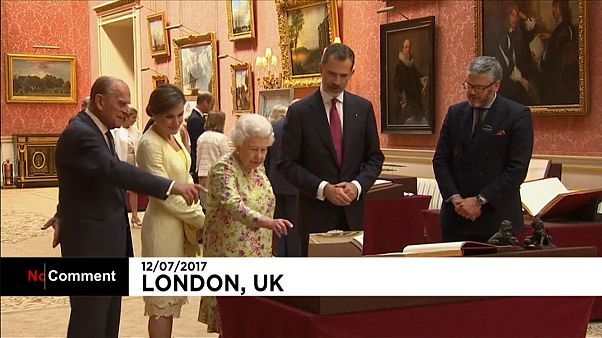 Spain’s King Felipe and Queen Letizia joined Queen Elizabeth and other British royals on Wednesday (July 12) to view parts of the Royal Collection at Buckingham Palace. The Spanish royals were earlier welcomed with pomp and ceremony for their state visit to Britain. It is hoped the trip will cement ties which have been strained by uncertainties over the post-Brexit future of Gibraltar, a British territory on the southern tip of Spain. The Prince of Wales and The Duchess of Cornwall, as well as Prince William, also attended the Royal Collection viewing, which showcased a range of Spanish items. The three-day visit by the Spanish royals is the first in 31 years.