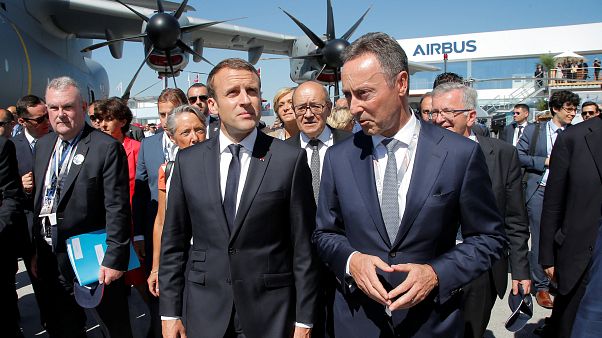 The newly-elected leader met with US politicians, including Secretary of State for Transportation, Elaine Chao, and French astronaut Thomas Pesquet at the biennial event where he was presented with a framed picture of the Wright brothers’ flight around the Eiffel Tower in 1909.

The 52nd edition of the event makes it the world’s oldest air show, having begun in 1909.