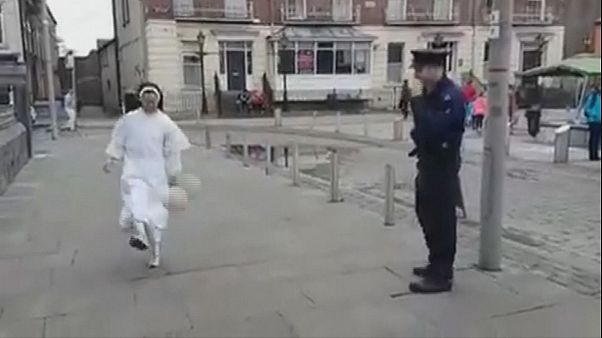 A Limerick garda (Irish police officer) and one of the city’s Dominican nuns have become an online sensation after a video surfaced of them playing a game of ‘keepy uppy’.

Garda David O’Connell of Henry St Community Policing Unit was on the beat at the Our Lady of Limerick Triduum and festival when a ball was produced by Sr Rose Miriam Collins for the ‘Soccer with a Sister’ event.