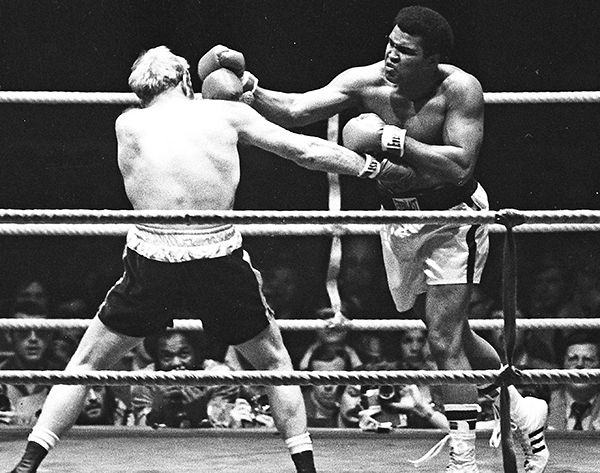 “Hey Floyd, I seen you! Someday I’m gonna whup you! Don’t forget, I am the greatest!”
(to then-world heavyweight champion Floyd Patterson during the 1960 Olympics)

“I’ll beat him so bad, he’ll need a shoehorn to put his hat on!”
(before beating Floyd Patterson in 1965)

“What’s my name, fool? What’s my name?”
(The Ernie Terrell during their 1967 fight. Terrell had refused to call him Muhammad Ali)

“I’m going to do to Buster what the Indians did to Custer.”
(before beating Buster Mathis in November 1971)

“I’m so mean, I make medicine sick.”
(During the “Rumble in the Jungle”)

“It will be a killer and a chiller and a thriller when I get the gorilla in Manila.”
(Before the “Thriller in Manila” in 1975) 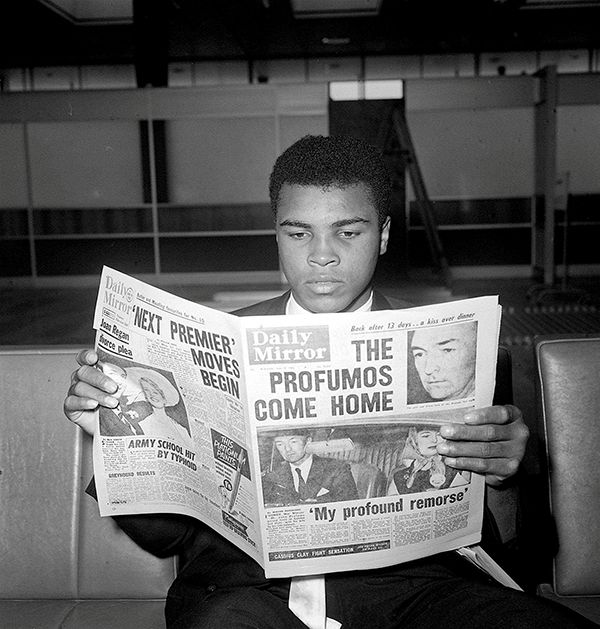 “Boxing is a whole lot of white men watching two black men beat each other up.”

“What’s hurting me – the name Islam is involved, and Muslim is involved and causing trouble and starting hate and violence. Islam is not a killer religion, Islam means peace. I couldn’t just sit home and watch people label Muslims as the reason for this problem.”
(In the aftermath of the 9/11 terrorist attacks in the US)

On refusing to serve in the US Army

“Man, I ain’t got no quarrel with them Viet Cong. No Vietcong ever called me nigger.” 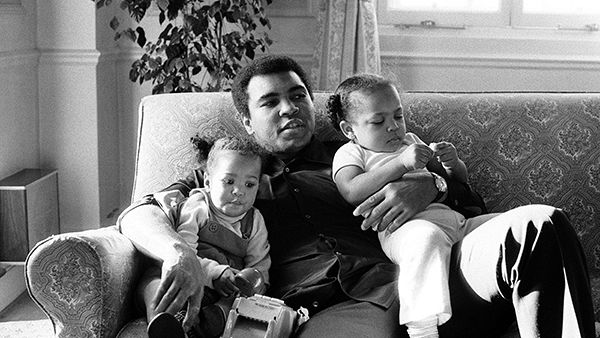 “Float like a butterfly, sting like a bee, his hands can’t hit what his eyes can’t see.”

“I am the greatest.”

“I am the boldest, the prettiest, the most superior, most scientific, most skilfullest fighter in the ring today.”

“I was the Elvis of boxing.”

“It’s hard to be humble when you are as great as I am.”

“I was never too bright at school. I said I was ‘The Greatest’. I never said i was ‘The Smartest’.”

“Champions have to have the skill and the will. But the will must be stronger than the skill.” 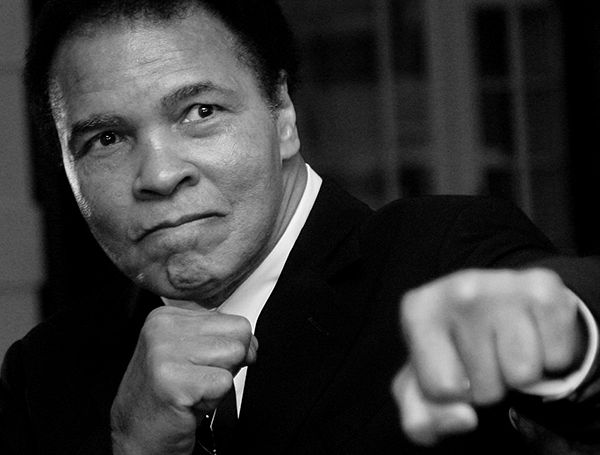 “Maybe it is God’s way of reminding me what is important.”