Tourism and migration have been discussed in terms of economy, history and sustainability among others. Unsurprisingly, tourists are most likely welcomed in countries, however, the appearance of migrants usually heats up tension within a country, a region, and in the EU as well.

Tourism and Migration in Numbers

2014 ‘Foreigners’ Worldwide
Create your own infographics

Statistically speaking, in 2013 and 2014 the number of international travellers was five times more than the number of migrants. Even if this rate might have changed due to the recent influx of people arriving from the Middle East or African countries, this data not only evokes questions about tourism and migration, but also about the correlation between them and the way how these phenomena are represented in the media. According to UNWTO Migration Policy1, in 2013 and 2014, 231 million migrants were registered, which makes up 3% of the world population. 10% of them, namely 21.3 million individuals, were considered refugees and asylum seekers. Compared to that, during these years 15% of the world population that is 1.1 billion people travelled internationally, which is five times more than the actual number of migrants. In addition to that, this number will without doubt increase in the future. The European Union is definitely working on this.23 The phenomenon of mass tourism will probably draw more and more attention on local, regional, national and international level.

France 2014
Create your own infographics

The Competitiveness of the Tourism Sector

As Carlo Corazza, the Head of the Unit Tourism, Creative and Emerging Industries, DG Growth, European Commission, says, “[t]he main aim is to support the effort of the sector to amplify its competitiveness and to attract more tourists from the emerging country markets”. Therefore, they are focusing on several priorities. They want to improve the business environment by making the administration such as the visa procedure easier, and they also try to adapt to the digital revolution.

While he was elaborating on the competitiveness on the sector, he also spoke about the unskilled labour. “There is a lack of skilled people available, and this is a big problem for the sector. We try to correct this.” He hasn’t touched upon how they aim to solve the lack of workforce, but why not with skilled migrants and/or refugees?

The connotation of those well-known words

Unfortunately, the word migrant (“a person who moves from one place to another in order to find work or better living conditions”) and refugee (“person who has been forced to leave their country in order to escape war, persecution, or natural disaster” carry more negativity than the word expat (“a person who lives outside their native country”). According to the definitions given by the Oxford Dictionaries, it becomes obvious that all migrants are in fact expats, but not all expats are necessarily migrants, and it shouldn’t be forgotten either that refugees are also looking for better conditions. According to Corazza, a relation between tourism and migration can be hardly found. He stated, “it is the basic of logic that these are two completely different things”.

The EU official also focused on how one, who crosses the borders as tourists on paper but eventually what they really want is to stay and work in the country – consequently as an illegal immigrant. “This is cheating, this has nothing to do with tourism,” he explained. Nevertheless, the UNWTO Study on Tourism and Migration4 published back in 2009 investigated the scope of these global phenomena, their impacts and the possible link between them. Researchers found that tourism and migration are interlinked, and both Migration-Led Tourism (MLT) and Tourism-Led Migration (TLM) contribute economically and socially to countries ranging from short- or long-term cultural exchange to entering the workforce to provide labour for tourism related to industries.

In the fast-growing landscape of tourism and migration enhanced by either the market needs or violent forces double standards and stereotypes need to be addressed and diminished on every level – from the personal to the international one. It becomes more and more urgent, since a growing tension has been detected between tourists and migrants in popular tourist destinations such as Greece. Decision-makers inside and outside EU Institutions and Bodies have to act on this but in strong connection with journalists, since they have the power and the opportunity to reach out to the public and inform them about the disparate aspects of tourism and migration. In this way, not only the representation of tourists and migrants should be altered, but also a more open-minded society could be established. 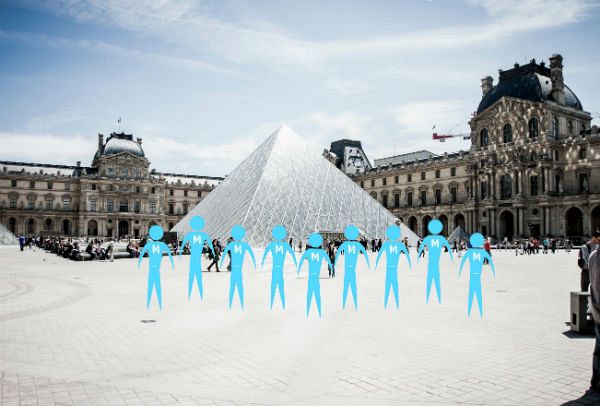