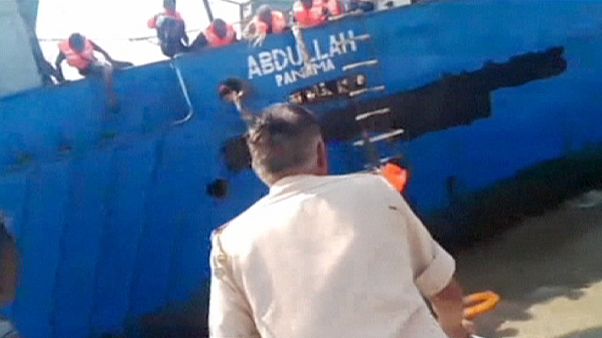 India’s marine police and coastguard in the western state of Gujarat rescued 17 sailors from two sinking Yemeni ships near Pipavav port on the Amreli coast. The accident happened early in the morning when one of the Yemeni-flagged ships, named ‘Amanna,’ ran aground while towing another ship named ‘Abdullah.’