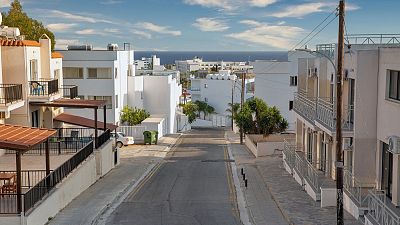 Russians are not the biggest holiday planners, says Mikhail Ilyin, a priest and tour business owner in Pattaya, Thailand. Where most Europeans might book a holiday one or two years in advance, Russian tourists tend to be more spontaneous.

It’s a generalisation of course, but trends like these feed into national and international travel forecasts. The Russian Federation was in the top 10 countries whose citizens spent the most abroad before the pandemic, according to Statista. Their favourite destinations - including Turkey, Thailand, and Cyprus - were no doubt looking forward to an influx of visitors come summer.

As with so many other aspects of life, Russia’s invasion of Ukraine has put paid to those hopes. Given Russians’ late booking habits, it’ll be a little while before the impact is felt in places like Pattaya, which has been called ‘the most Russian city in southeast Asia.’

We spoke to national tourist boards and those in Russian-dependent tourism sectors to get a clearer idea of how the conflict may impact travel this summer.

In our global world of holidaymaking, it’s not just networks of Russian and Ukrainian tourism that will be affected.

A stark message from the UN World Tourism Organisation (UNWTO) warns that, “This is a major regional crisis with potentially disastrous implications the world over. Decisions made in the near future will impact the world order and global governance, and directly affect the lives of millions of people.”

The Russian people face an uncertain future too. And despite barriers to the west, they haven’t stopped travelling altogether. On 4 March, 8 days after Russia invaded Ukraine, Thailand welcomed 454 Russian travellers. This is close to the daily average of 650 according to the Tourism Authority of Thailand (TAT).

Why are Russians still travelling to Thailand?

Priest Mikhail Ilyin moved over from Estonia to Pattaya in the nineties and founded Ilves tours with his Russian wife.

“Pattaya was like a pioneer city for Russian travelling,” Ilyin tells us. “For many years, Russia didn't know anything about Thailand except Pattaya.” As the beachside city developed - now resembling more of a district of Bangkok - Phuket overtook it in popularity with richer Russian travellers.

There are no budget tourists coming to Pattaya now, he explains, but the richest class of Russians - those “who will never stop travelling” - are still on the move. Surprisingly, the family business is currently selling more five star hotel stays than ever. He connects the uptick with wealthy Russians’ response to the conflict.

“They think ‘we don’t know what will happen tomorrow’, he says. “They think let’s enjoy life today. Maybe there will be a nuclear war or maybe Russia will become a closed country like North Korea. Nobody knows. Let’s travel today.”

In his congregation at the Russian Orthodox Church, the tour operator-turned-priest ministers to a mix of expats from Russian, Ukrainian and other former Soviet republics. They numbered over 50,000 ten years ago, but have since dropped to around 3,000 in the city, he says. Many business owners went home during the Covid slump; some could afford to go on to Turkey or Spain.

Tourism is a vital economic sector in Cyprus, accounting for around 25 per cent of GDP. Russians make up 20 per cent of all international tourists in the country, the second biggest market after the UK.

“It’s a big problem,” director general of the Cyprus Hotel Association Philokypros Roussounides, tells Euronews Travel. The tourism ministry is planning for the worst case scenario: the complete loss of some 800,000 tourists from both Russia and Ukraine.

Summer bookings typically peak late, in May, with over 80 per cent made through tour operators. Their absence won’t be felt evenly, given another generalisation that Ilyin and Roussounides agree on: Russians tend to return to the same spots.

Rather than moving around a country, people “come to one place and try to stay as long as possible,” says Ilyin. “That’s why they choose the hotels which give them natural beauty and beaches.”

Some hotels have been working on a 100 per cent commitment with the Russian market.

Pattaya in Thailand and the eastern Cypriot resorts of Famagusta and Ayia Napa are particularly attractive to tourists. Roussounides says, “There are some hotels that have been working on a 100 per cent commitment with the Russian market. In those cases, the impact is huge.”

The hoteliers’ trade union boss adds that, while they’re trying to aid these businesses on a national level, “the EU should support such cases based on the fact that we also agreed on the sanctions for the Russians.” Among EU countries, tourist arrivals from Russia represent the highest share of all arrivals in the bloc’s smallest country, Croatia.

“However I wouldn't say we are heading to a disastrous year again,” says Roussounides, after two fallow years of Covid. The sector’s aim is simply to improve on 2021, and with increased connectivity with France, Germany, Poland, Hungary, Austria, Sweden, Switzerland and Israel (among others) he thinks they can do it.

The double whammy of higher energy costs makes it difficult to attract new tourists with cheaper deals, but Cyprus has plenty to recommend itself. And it’s likely that restrictions could ease even further, scrapping the Cyprus Flight Pass for foreigners and the safe pass currently needed to get into bars and cafes.

Cyprus’s Ministry of Tourism is also factoring in support for around 2,500 Ukrainians, who were “kicked out” of Egyptian hotels and are now sheltering in Cypriot accommodation.

Plane and payment problems in Turkey and Thailand

A little further north, the seaside resort of Antalya on Turkey’s ‘Turquoise Coast’ is another spot favoured by Russia and its neighbours. Over half of the Pine Beach Hotel’s 9 million visitors came from Russia, Ukraine and Belarus last year.

Some Russian tourists are there now, held in place by western economic sanctions. Though Turkey has kept flights open with Russia, budget Turkish airline Pegasus has suspended flights to the Federation, while Russian Visa and Mastercard bank cards are now unusable abroad.

It's unclear how we'll stay here and how we can survive."

"We have come here for a holiday with our children,” Margarita Sabatnikaya, a 31-year-old Russian tourist, tells AFP. “Of course with this situation it's unclear when they will return us to Russia, which plane we can get back by and it's unclear what to expect next. We want to stay [here], of course, but it's a difficult situation, our cards don't work. It's unclear how we'll stay here and how we can survive."

Thailand has maintained a neutral stance on the war, and also kept its airspace open. But the EU’s ban on Airbus rentals meant Russian airlines were forced to cancel many international flights, including all Aeroflot services to Thailand from 8 March. Thousands of tourists have been left stranded in Thai resorts as a result.

How are other countries affected?

Tourism-dependent island nations like the Maldives are also set to be badly affected, says the UNWTO. The Russian market in the Seychelles soared from a 4.5 to 17 per cent share in the wake of the pandemic.

Tourist visas for Russian citizens have been temporarily suspended in Estonia. The Tourist Board explains, “the decision was made because of technical difficulties in the payment of visa fees and service fees.” But as Russian tourists are “more moderately represented” in Estonia during the summer season, even in the colourful resort city of Pärnu, the impact will be softened.

It’s hoped that an influx of other visitors, post-Covid restrictions, will compensate.