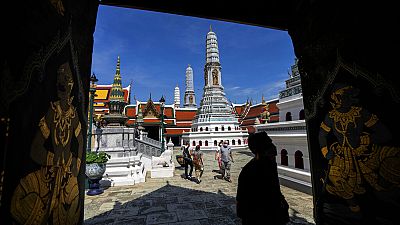 Thailand announced on Friday 7 January that it is tightening some entry restrictions while expanding its “sandbox” quarantine programme.

People have been urged to follow social distancing and mask rules to control the spread of COVID-19 fueled by the omicron variant.

The government did not announce a lockdown but issued restrictions on alcohol consumption in restaurants. It also called on people to avoid public gatherings, public transportation and travel around the country. Most schools will stay open, while bars and nightclubs will remain closed.

The decision came after reported daily coronavirus cases doubled to 7,526 in a matter of days following the new year's holiday, mostly because of the omicron variant. 19 new deaths were recorded, the government said.

The Center for COVID-19 Situation Administration (CCSA), said it has indefinitely suspended the country's “test-and-go” program, under which international tourists could quarantine for only one night while awaiting test results, and that people already approved under the scheme can only enter the kingdom until 15 January.

CCSA spokesperson Taweesin Witsanuyothin said all other people arriving in Thailand must either go into hotel quarantine or use the “sandbox" program.

He said the program will be extended next Tuesday from the island of Phuket to the provinces of Pang-nga and Krabi and three islands in Surat Thai province — Koh Samui, Koh Tao and Koh Phangan.

He said travel restrictions imposed on eight African countries will also be lifted that day.

Under the “sandbox" program, fully vaccinated people are allowed to enter specific locations such as Phuket.They must spend a week in an approved hotel, have one test on arrival and another a week later. Although their movements are tracked, they can move around freely.

The “test-and-go” scheme allowed fully vaccinated people to enter Thailand, but they were subject to a coronavirus test on arrival and a second test seven days later. If the first test was negative, they could travel freely. They had to spend their first night in a government-approved hotel awaiting their test results.

Thailand had by far the most ambitious program in the region to allow travellers to enter and move around the country.

It eased restrictions after a successful vaccination program in which 100 million doses have been administered to its population of about 60 million people. Booster programs are underway around the country.