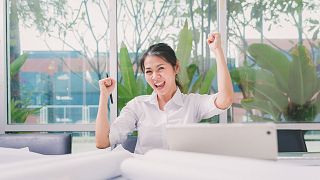 Say your boss came up to you tomorrow and asked what your ideal benefits package would include. What would you ask for – more flexible work hours? A four-day workweek?

With the post-pandemic Great Resignation still going strong, working out how to retain employees and entice new ones is top of mind for many organisations. So, apart from the basics like competitive pay, what do workers actually want?

Well, greater work flexibility, for one thing. That’s according to a survey from Remote, an HR and payroll company that helps companies hire and manage a remote workforce.

The organisation recently sounded out 10,000 full-time workers in the United Kingdom, Germany, France, the Netherlands and the United States to better understand which employee benefits are most valued.

It found that perks like flexible work hours, a four-day workweek and being able to leave early on Fridays were among the most highly valued by those surveyed.

Flexible work arrangements such as a more compressed workweek are increasingly dominating the work-life conversation, with many employers in Europe saying that they’re already offering or considering offering the option and following experiments in countries such as Spain, Japan, Iceland and the UK.

Less rigid work hours make it easier for those with children to organise their lives, but the Remote survey also found that the arrangement is highly valued among non-parents too, with around three-quarters of employees both with and without kids agreeing that flexible hours should be provided by a workplace.

For employees in the US, healthcare-related benefits such as private and family health insurance as well as paid time off for self-care and mental health were also top priorities, reflecting a key difference between the US and the European countries surveyed in terms of access to universal healthcare.

Meanwhile, in the United Kingdom, overtime pay topped the list of most desired work perks, with four out of five British workers surveyed agreeing this was the most important benefit for them.

A pandemic-fuelled increase in remote working – combined with high inflation and soaring energy costs – has also meant that many workers think employers should help them out with home working costs, with 63 per cent of workers saying it was important for companies to finance at least part of their home office set up.

In the UK and the US, the survey found that access to hours off work each month for mental health improvement was the most important employee wellness benefit for companies to offer.

Meanwhile, in France, Germany and the Netherlands, employees highly valued having healthy food in the office as well as home deliveries or meal stipends.

“Employee benefits such as flexible working can be another way to value employees or to be more inclusive,” psychotherapist Sarah Lee said in a statement. “It demonstrates an understanding that not everyone has the same commitments or priorities”.

“Individuals who feel valued, respected, and who have the flexibility to take care of themselves are better able to focus on work and if they feel good about themselves are more productive,” she added.

Is the energy crisis bringing workers back to offices?