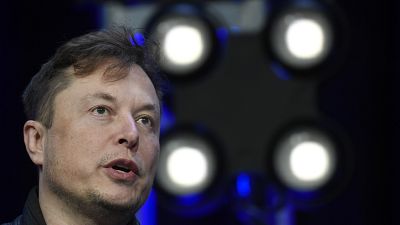 After what felt like a rather short reprieve from the never-ending Elon Musk-Twitter drama, there’s been yet another twist, as the billionaire appears to have finally agreed to buy the social media platform for the same €44 billion he initially offered and then tried to back out of.

But in Musk’s style, there’s more to the story than a simple happy ending (for Twitter, at least, which has been facing panicked investors for months).

After Musk revived his initial bid on Tuesday, despite his previous claims that Twitter was overrun with spam and bot accounts that lowered its value, the Tesla CEO also announced that the takeover would accelerate the creation of his mysterious ‘X’ app.

“Buying Twitter is an accelerant to creating X, the everything app,” Musk tweeted to his 107 million followers.

But what exactly is ‘X’?

Like the cryptic prophecies of the oracles of Ancient Greece, Musk’s statements often leave a lot of space for interpretation.

In the case of ‘X’, Musk didn’t offer many details, but we have previous statements we can rely on to get an idea of what the billionaire has in mind for his mysterious new app, which could potentially replace Twitter as we know it.

In a reported discussion with Twitter employees in June, Musk said he was willing to create a “super app” in the shape of China’s WeChat, which incorporates messaging, online shopping services, food orders and your classic social media posting.

"You basically live on WeChat in China," he said, adding he saw an opportunity to create such an app outside of Asia.

The app is an absolute giant in China, where practically everyone has it and uses it on a daily basis. It has more than one billion users - whereas Twitter, a relatively small platform, only has 396.5 million.

But despite the success of WeChat in its home country, the same model used by the app hasn't been applied to any one platform in Western countries, where these different services are split among a wide variety of apps.

Turning Twitter into a "super app" could also help Musk reach his goal of growing the platform's audience. During the same Q&A with employees in June, Musk said he wanted Twitter to grow from its 237 million users to "at least a billion."

Musk and members of his inner circle texted multiple times about the idea of adding digital payments to Twitter, according to messages released in the discovery phase of litigation between Musk and the social media company.

In fact, the kind of monopolistic giants that WeChat represents is exactly what Western governments have been fighting against in recent years in the social media landscape, as they criticise the power held by tech giants like Meta, the parent company of Facebook and Instagram.

On top of that, WeChat is a controversial example, as the app is known to be heavily monitored by the Chinese government.

Musk, on the other hand, initially said he wanted to buy Twitter to make it a champion of free speech and anti-censorship, even though that would likely mean bringing back the likes of now-banned former president Donald Trump.

Replying to a user who told him it would have been better to build ‘X’ from scratch rather than on the back of Twitter, Musk said the acquisition of the app accelerated the creation of ‘X’ by three or five years. “But I could be wrong”, he added.

We know a little more about the name, ‘X’. The one-letter name seems to have some sentimental value to Musk, as the online bank he co-founded in the 1990s was called X.com. During the process of acquiring Twitter, Musk also started a holding company he simply called X Holdings.

But when it comes to Musk’s new mysterious app, ‘X’ at the moment stands for what it represents in maths: a variable which is still unknown.

Beware of malicious apps that want to steal your Facebook login