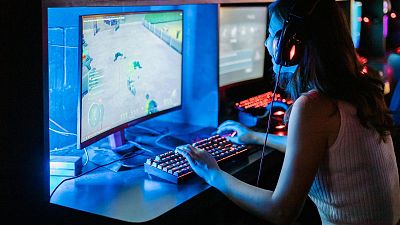 Time spent playing video games is unlikely to have an impact on well-being, according to a new study from the University of Oxford.

Video games are a massively popular form of entertainment, socialising, cooperation, and competition, with billions of players across the world.

Their popularity has led major health bodies to express concerns about their negative impacts on mental health such as possible addiction and its potential harm to players’ well-being, leading to widely contested health policy decisions, such as China limiting young people's game play to one hour per day.

But researchers at the University of Oxford surveyed almost 40,000 video gamers and found “little to no evidence” that time spent playing affects their well-being.

Unlike most previous studies on the effect of video games on well-being, the researchers were able to track actual gameplay thanks to the cooperation of seven different game publishers, who agreed to share six weeks’ data without control over publication.

Players’ well-being was measured by asking about life satisfaction and levels of emotions such as happiness, sadness, anger, and frustration.

They were also asked whether they were playing for healthy reasons, such as having fun or socialising with friends, or more concerning ones, such as a compulsion to satisfy goals set by the game.

The researchers found that the average gamer would have to play for 10 hours more than usual per day to notice any difference, and the reasons for playing were far more likely to have an impact.

“Contrary to what we might think about games being good or bad for us, we found pretty conclusive evidence that how much you play doesn’t really have any bearing whatsoever on changes in well-being,” said Professor Andrew Przybylski, who worked on the study.

“If players were playing because they wanted to, rather than because they felt compelled to, they tended to feel better.”

What is important, Przybylski added, is the players’ “mindset as they approach games”.

“This is a very basic study: we don’t even get into what people are doing when they’re playing games, we’re not creating an experiment, and yet even without that data, countries are passing ordinances, in the case of Japan, or laws in the case of China, that ban or limit gaming.

“Those are, if we take the explanations at face value, supposed to be about improving the mental health of young people. There’s no evidence that they’re effective”.

The scale of the study provides strong evidence for the limited effect on well-being – but its findings cannot cover “the whole of gaming”, according to Przybylski.

Only seven game publishers agreed to take part in the study (including Sony, Microsoft, and Nintendo), despite researchers approaching more than 30 publishers.

Nonetheless, the study’s findings counter the results of an earlier paper published by the same department at the Oxford Internet Institute, which followed a much smaller group of players.

The previous study, conducted in 2021, suggested that those who played for longer were happier.

Dealing with dementia via video games

In Europe, digitalisation is picking up the pace to create more resilient businesses