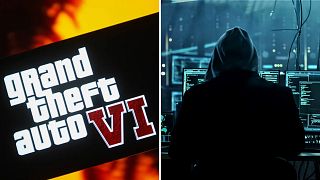 A massive leak has been released of around 90 videos and screenshots from an in-development version of Rockstar Games' forthcoming and highly-anticipated video game, Grand Theft Auto VI.

The stolen footage, totalling 50 minutes, has since been widely circulated on social media and has been widely described as one the biggest hacks in video game history.

Rockstar on Monday confirmed the leak, saying it was “extremely disappointed” about the incident.

Grand Theft Auto is the most successful video game franchise to originate from the United Kingdom (specifically Scotland) and the series' best selling game, GTA V (2013), is the second best-selling video game of all time with more than 170-copies estimated to have been shifted since its release.

Furthermore, there's no doubt that Grand Theft Auto VI has been one of the most anticipated games in recent years, after Rockstar Games officially announced that it was in developed at the start of 2022.

You can read the firm's full statement below:

Who is responsible for the leak?

The stolen footage was posted by an account named 'Teapotuberhacker' to a popular GTA forum, which has since been removed by moderators.

Shortly after posting the 3 gigabyte file of video, the hacker revealed in a follow-up post that they wanted to "negotiate a deal" with Rockstar Games, to prevent further data from being released (such as source codes, assets, and test builds).

The hacker claims to have obtained the footage by breaching Rockstar's Slack messaging channel, where the videos were posted.

The cyber attacker sent a message on Slack alerting Uber's staff to the hack, saying: “I announce I am a hacker and Uber has suffered a data breach.”

According to reports, the hacker is suspected to be affiliated with Lapsus$, a hacking group who have previously breached data from Microsoft, Samsung, Nvidia and Okta

What does the leaked footage reveal about Grand Theft Auto VI?

It also appears to have confirmed a long-running rumour amongst fans that the game will feature the Grand Theft Auto series' first playable female protagonist.

In one particular gameplay footage leak, a female character wearing a pink crop top appears to be robbing a diner at gunpoint. While the scene is fully voice-acted, it still looks unpolished, with the background scenery and player-models lacking in detail.

Is this the biggest hack in gaming history?

The gaming industry has long been a victim to hacking and cyber extortion attacks.

Arguably the largest security breach in gaming history took place in 2011, when Sony Playstation Network was hacked and the personal details of up to 77 million accounts were stolen, including names, addresses and credit details.

Sony said that the backlash from the incident set the firm back an enormous $171 million.

While the consequences of the recent Grand Theft Auto VI breach are still unclear and ongoing, it is plausible to say that it is the most significant incident of its kind (game footage leaked before release).

A similar incident occurred in 2020, when leaked footage from the then upcoming PS4 game 'The Last of Us Part II' was obtained and released by hackers.

However, some may argue that GTA VI's breach is more significant, given the size and popularity of its franchise.

Thieves steal €1.6 million worth of gold coins from German museum