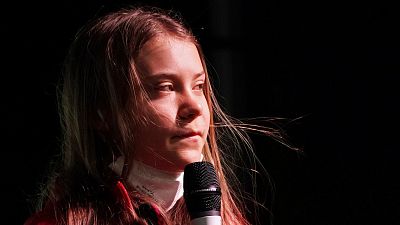 Climate activist Greta Thunberg has compiled a handbook for tackling the world’s interconnected environmental crises, with contributions from leading scientists and writers.

Penguin Random House announced Thursday that "The Climate Book” will be published in Britain in October.

The book aims to help readers connect the dots between threats to the climate, environment, sustainability and Indigenous populations — among others — and is intended as a guide to understanding and activism.

My hope is that this book might be some kind of go-to source for understanding these different, closely interconnected crises.

It also features Thunberg’s own stories of "learning, demonstrating, and uncovering greenwashing around the world.”

A 'go-to source' to change the climate conversation forever

“My hope is that this book might be some kind of go-to source for understanding these different, closely interconnected crises,” Thunberg said in a statement.

Chloe Currens, editor at Penguin Press, said it was “a unique book, alive with moral purpose, which aims to change the climate conversation forever.”

Thunberg began skipping classes once a week to protest climate change in 2018, when she was 15, sparking a series of school walkouts that grew into a global youth movement.

Now 19, the Swedish activist has already published a memoir, “Our House Is On Fire” and a collection of speeches, “No One Is Too Small to Make a Difference.”

“The Climate Book” will be published on 27 October in the U.K. by Allen Lane and in the U.S. in early 2023 by Penguin Press, as well as in countries around the world.

Environmental journalists on what was missing from their schooling