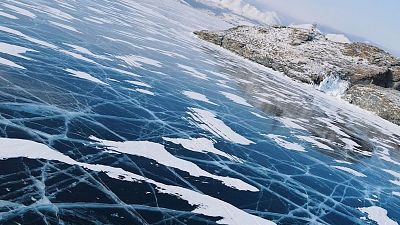 Did you feel the earth move in the 90s?

According to research glacial melting has caused the north and south poles - which are not static but move around - to change direction.

The distribution of water on the Earth’s surface was revealed to be one factor in the way the poles drift, by research conducted by scientists at the University of the Chinese Academy of Sciences.

Doctoral student Shanshan Deng and Hydrologist Suxia Liu found that in 1995, water on the earth’s surface had been redistributed to such an extent that the ‘polar wander’ direction changed from southward to eastward.

Distribution of water on the Earth’s surface was revealed to be one factor in the way the poles drift.

Using data on glacier loss and estimations of groundwater pumping the scientists built on land mass changes, recorded using twin satellites, that were launched as part of the Gravity Recovery and Climate Experiment (GRACE), a joint mission by NASA and the German Aerospace Center.

They were able to reverse the modern pole tracking analysis techniques to work out how the pole drift occurred, a process that is still not fully understood.

Climate and other man made environmental changes

Arctic sea ice has decreased by about 40 per cent since 1978 and it is estimated that glaciers in the Himalayas could disappear by as early as 2035. In fact, experts expected 2018 to be the 30th year in a row of mass glacier loss worldwide.

“The faster ice melting under global warming was the most likely cause of the directional change of the polar drift in the 1990s,” says first author of the study Shanshan Deng.

The same study said that water movement on the earth’s surface which causes polar drift is not solely due to melting glaciers.

Dr Vincent Humphrey of the University of Zurich says, “The groundwater contribution is also an important one,”

“Here you have a local water management problem that is picked up by this type of analysis.”

Concerns have been raised over desertification of the south eastern region of Spain due to the extent of groundwater pumping to grow peaches, strawberries and lettuces for the rest of Europe.

What does polar drift mean for everyday life?

In terms of daily life the polar drift makes little difference, compared to the differences that will be made by glacial melting itself. There is potential to change the length of the day we experience but only by a few milliseconds.

There is potential to change the length of the day we experience but only by a few milliseconds.

However, researchers have 176 years of data on polar drift and thanks to this new analysis can now use it to understand land water loss across that period.