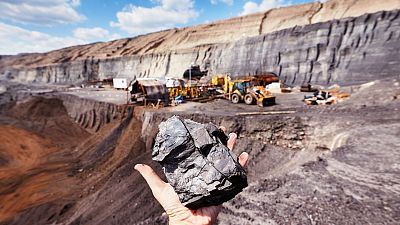 Coal heavy regions in Europe could have a sustainable transition   -   Copyright  Getty via Canva
By Maeve Campbell  •  Updated: 29/04/2021

With Europe’s fossil fuel industry in serious trouble, a new report finds that sustainable jobs are the future for the continent.

In coal-heavy regions like Poland, Greece and Bulgaria, jobs in the coal industry are becoming harder to find. The mining sector is shrinking which is threatening many livelihoods.

In Silesia, Poland, 15,000 to 18,000 workers in mining-related companies are at risk of losing their jobs by 2030 due to the inefficiency of the mining process and EU and national climate policy. 2,200 coal jobs in Greece are also under imminent threat.

The impacts even go beyond employment numbers. Local communities in Western Macedonia, a region in Greece, will suffer income losses of some €3.1 for every €1 taken off lignite-fired activity (lignite is a form of coal with a carbon content around 25 to 35 per cent).

However in many regions, sustainable jobs can more than replace those lost.

Up to 22,000 new roles could be created in Poland’s Eastern Wielkopolska region in clean energy, due to dropping costs of wind and solar power.

That’s why WWF is calling for EU countries to phase out their coal power by 2030 in favour of renewable energy. This would also mean they are upholding commitments made under the Paris Agreement.

Is a sustainable transition possible in coal regions?

The report takes an in-depth look at places like Silesia and Eastern Wielkopolska in Poland and Western Macedonia and Megalopolis in Greece, taking into account factors such as planning, local participation, transparency and finance, to determine whether a renewable transition is on the cards.

Results show that it is feasible to “turn coal communities into sustainably and economically thriving places” to live.

“The lessons for the EU are clear. We can get this right, but to do so the EU Just Transition Mechanism must finance only sectors in line with the net-zero carbon economy, like renewable energy or the circular economy. What’s more, the EU Commission must check local level plans aim for zero fossil fuels and are drawn up in a participatory, transparent and fair way,” says Katie Treadwell from the WWF European Policy Office.

How will the transition be financed?

The European Commission has set up a €17.5 billion ‘Just Transition Fund’ to help support the social impacts of the shift from coal in regions whose economies have been based on it. Communities can access the fund by drawing up plans for their government to submit to the European Commission.

The aim is to shift to what they call a ‘durable, climate-neutral economy’.

“Fossil gas in Greece is in the same position as coal was 15 years ago, and will face a similar crisis of stranded assets in years to come. We need to lock-in sustainable alternatives, not more fossil fuels,” says Dimitris Tsekeris from WWFGreece.

The transition must be just and well thought through, he adds, “without leaving anyone behind”.