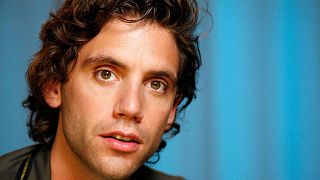 British pop sensation Mika has been announced as one of this year's Eurovision Song Contest presenters for 2022.

The singer – best known for brightening up pop music with his 2007 debut 'Life In Cartoon Motion' – has confirmed he will be taking the stage in Turin, Italy, for this year's competition.

He will be joined by Italian singer Laura Pausini and Italian television personality Alessandro Cattelan from May 10 to the show's final on May 14, organisers announced on February 2.

The announcement was made from the stage of the San Remo festival as the three future presenters started the countdown to the competition in 100 days.

Eurovision returns to Italy for a third time

Eurovision is one of the most watched shows in the world with more than 200 million viewers.

The competition promises a camp spectacle every year with winners, losers and celebrity performances.

Last year’s event went ahead in Rotterdam after months of hard work to make it safe under COVID-19.

The winners, Måneskin, have gone on to achieve worldwide acclaim with sold out tours and supporting The Rolling Stones in Las Vegas.

Over the decades winners have enjoyed considerable success, from Conchita Wurst to ABBA.

"I believe in bringing people together by breaking down the walls that separate us to celebrate what we have in common as well as our differences. We can do this through music, which is the most universal form of expression," he says.

“Once a year, more than 40 countries experience the same emotion regardless of history or political situations."

What next for Wordle after the New York Times buyout?