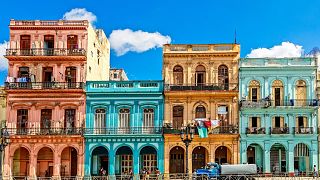 Brimming with charm, personality and dancing colours, Cuba is a one-of-a-kind destination. From its rustic colonial era buildings to its world-beating rum and revolutionary history, once visited it’s never forgotten.

While most travellers are drawn to the historic capital of Havana, there is plenty to see and do beyond the iconic old town.

The country reopened to tourists in November and thanks to the egalitarian spirit of its people, it has some of the highest vaccination rates in the world. The country has even made two of its own vaccines.

Cuba is thought to have some of the best doctors in the world and health tourism is a growing reason for people to visit the country.

What are the travel restrictions for Cuba?

From 5 January travellers from Europe and the UK will need to show they are fully vaccinated with a valid vaccination certificate. They will also need to take a PCR test up to 72 hours before travel.

Children under 12 are exempt from having to provide a vaccination certificate or a PCR test.

Tourists no longer have to take a test or isolate on arrival in Cuba, but authorities are present at the airport and will carry out random PCR tests on arrivals.

If you test positive you will have to quarantine in a designated government health centre at your own expense.

Tourists no longer have to take a test or isolate on arrival in Cuba, but authorities are present at the airport and will carry out random PCR tests on arrivals.

Cuba’s marine life is as rich as its culture, and you can find unique ecosystems and animal species all along its 5,745km of coastline.

One of the best places for divers is Jardines de la Reina (Gardens of the Queen). If you love the idea of diving with sharks then this marine destination a five hour boat ride off the coast could be for you. Here you’ll find Caribbean reef, nurse and great hammerhead sharks to name but a few - all surrounded by vibrant reefs.

The area is a protected natural park, which means the reefs are very healthy compared to other well known diving areas. You’ll also be able to spot giant groupers, spiralling coral pillars and coral walls. It’s a true treasure trove for the senses.

A four-hour drive outside of Havana, Trinidad is one of the best preserved Spanish colonial towns in the Caribbean. The old town is a UNESCO World Heritage site with cobbled streets and elegantly painted neo-Baroque buildings. The stylish interiors of the Museo de Historia Municipal are a joy to behold too.

Once you’ve had your fill of the town you can escape to the nearby Escambray Mountains. Surrounded by lush woodland, it’s the perfect location for a spot of hiking before heading to one of the town’s bars to sample a selection of local rums.

A trip to Cuba isn’t complete without sampling some rum. Cubans are very proud of their national drink, made using molasses from their own sugarcane crops and exported all around the world. Many regard Cuban rum as the best in the world, as the island has the perfect climate for growing sugarcane.

Whether you like your rum neat over ice or in the form of a thirst quenching mojito or daiquiri - author Ernest Hemingway’s favourite - you’ll find rum in almost every bar you come across. So make sure you taste a few, just to check it’s good of course.

Made a UNESCO World heritage site in 1982, La Habana Vieja or ‘Old Havana’ is the capital city’s historic heart. The brightly coloured buildings and different architectural styles mean there’s plenty to look at and learn about. From fortresses to churches, the old town is full of colonial and revolutionary history.

Make sure to stop by the epic Catedral de San Cristobal and the Museo de la Ciudad (City Museum) so you can brush up on your Cuban history.

A vast wetlands just two hours outside of Havana, Ciénaga de Zapata National Park is a mix of swampy marshes, dense mangroves and stunning underwater treasures. Flocks of bright pink flamingos have made their home here, and the park is a great place for birdwatchers eager to spot a pelican or two.

Flocks of bright pink flamingos have made their home here, and the park is a great place for birdwatchers eager to spot a pelican or two.

The famous Bay of Pigs is part of the park too. Head here to dive among intricate corals, dazzling tropical fish and even the odd shipwreck.

Though not a Cuban native, no writer is more synonymous with the country than Ernest Hemingway. The notoriously difficult American literary giant lived at Finca Vigia, an estate outside of Havana for 20 years. When he wasn’t fishing, travelling or entertaining guests, Hemingway wrote extensively while at his Cuban home with many of these works published posthumously.

Since his death, the house has been transferred to the Cuban government and is open as a Hemingway Museum.