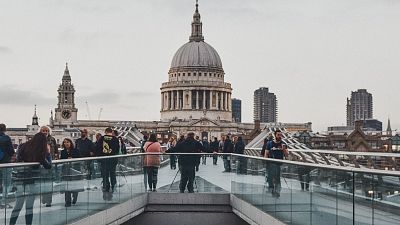 Last week the UK made some big announcements regarding international travel, including simplifying its traffic light system from October and scrapping PCR tests for fully vaccinated travellers.

What is happening with UK travel?

The current system is separated into green, amber and red-listed countries - each with their own requirements when it comes to quarantining, PCR testing and vaccination status.

In addition, fully vaccinated travellers won't need to take a PCR test before travelling to the UK, unless they are coming from a red list country.

It had been announced, on 20th September, that only a lateral flow test, rather than a PCR test, would be required on or before day 2. However this change will now be delayed due to a shortage of lateral flow tests. So until further announcements, PCR tests will continue to be required.

For the past few weeks, the UK had 62 countries on its red list. That means travellers from those countries must spend 11 nights in hotel quarantine upon arrival to the UK and take day 2 and day 8 tests - at their own expense.

Over the summer, these countries included popular tourist destinations like Turkey and the Philippines.

Grant Shapps has now announced that eight countries will be removed from the red list from September 22 - these are:

The government has said these changes should last "into the New Year at the very least."

Full details from the UK government are available here.

UK Transport Secretary Grant Shapps explained why the switch to PCR tests has been delayed. He told the Transport Select Committee on September 22nd that, “My understanding is that the ramp-up of supply of lateral flow [tests] through the private testing sector has some way to go [since] they have been almost entirely been involved in providing PCR [tests] currently.”

Mr Shapps revealed the delay was down to a question of scale, “We go from a situation where they are providing a low number of thousands [of tests], to probably millions of tests very quickly and need a few weeks to scale up on it,” he said.

But the delay in switching from PCR to lateral flow tests will be welcome news to some.

Professor Denis Kinane, founding scientist at Cignpost ExpressTest, expressed concerns around this more lax approach to testing. He explains, "Any move to drop gold-standard PCR tests in favour of lateral flow will be a calculated risk that could put Britain at risk of new COVID variants entering the country.

"Currently, [our] data shows four in every 1,000 people are testing positive after they arrive in the UK, and every one of them had already supposedly recorded a negative lateral flow test while abroad.

"That is the equivalent of 400 people entering the UK with COVID every single day. Without PCR testing, we are in danger of reducing our ability to sequence positive tests for variants of concern, making us blind to new threats or changes in the virus."

From diving to kitesurfing: A guide for discovering the Red Sea