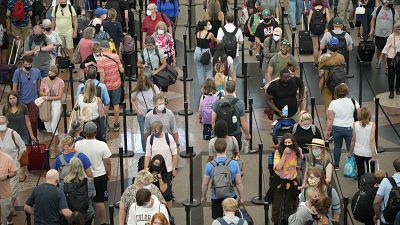 The United States government has confirmed that the ban on international travellers will remain in place.

“Driven by the Delta variant, cases are rising here at home, particularly among those who are unvaccinated, and appears likely to continue in the weeks ahead,” White House press secretary Jen Psaki said last evening.

The rise in cases is due to the Delta variant being more infectious and a proportion of the US population refusing vaccinations.

The renewal of the travel ban is a reversal on President Joe Biden's statement earlier this month that his administration was “in the process” of deciding when to allow in European travellers, after the issue was raised by German Chancellor Angela Merkel.

Most of continental Europe has relaxed restrictions on Americans who are fully vaccinated, although the UK still requires quarantine for most visitors arriving from the US.

Airlines, however, say, that the lack of two-way travel is limiting the number of flights they can offer and seats they can sell.

But the rise and prevalence of COVID variants in Europe has caused the Biden administration to resist opening up travel into the US.

Full details on US travel restrictions is available here.