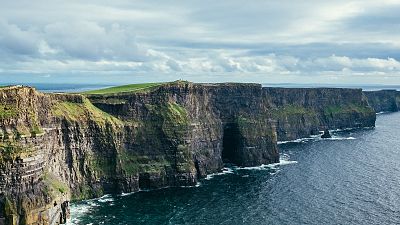 How would you say the name of the town Youghal? Or Dún Laoghaire? An Irish person will tell you they’re easy - ‘yawl’ and ‘dun leery.’

Tourists that come to Ireland famously have a hard time figuring out how to pronounce the names of towns and villages. With such an unusual combination of letters for English, it’s not difficult to see why. But Ireland is an English-speaking country. So why are its towns so difficult for English speakers to say?

The anglicisation of placenames

Well, the placenames used to be different. Before Ireland was colonised by Britain, the names of towns were all in the Irish language, called Gaeilge. In this language, the placenames or logainmeacha, as they’re called, were all rather intuitive. Youghal, for instance, is an anglicisation of the word Eochaill, meaning ‘yew woods’. Broken down, ‘caill’ means woods and ‘eo’ is yew. Understood this way, the names start to make a lot more sense.

The history of many other placenames follows a similar line.

Some 5,000 places in Ireland begin with ‘bally,’ says one local heritage site. Bally is a direct derivative of ‘baile’, the Irish for town. Kill, as in Killkenny, Kilkee, Kildare etc., comes from ‘cill’, used to refer to a place with a church.

The word ‘dún’ or derivatives of it, also pop up frequently. ‘Dún’ means fort and places like Dún Laoighaire refer quite simply to O’Laoghaire’s Fort. The northernmost county, Donegal, translates to Dún na nGall, meaning Fort of the Foreigners. Specifically, ‘gall’ can refer to an Anglo-Norman, a Dane, or even someone living in Northern Ireland. This stems back to the plantations of Ireland in the 16th and 17th centuries when the settler-colonial population from the United Kingdom were concentrated in the north of the country.

The names of places tell part of their story; the erosion of them does too

The names of places tell part of their story; the erosion of them does too. Ballyduff, Co. Kerry is said to have got its name at the beginning of the 19th-century, after it was burnt down by British soldiers as retaliation when local men fled the village to escape recruitment to their army. Its name comes from Baile Dubh, or Black Town, after the scorched ruin of the village that was left when they returned. Ballyduff was relocated, but 100 years later, was set on fire by British soldiers again, who burned down its creamery in the War of Independence.

What happened to the names?

The anglicisation process took place over the course of several centuries. Officially, however, towns were renamed as part of the Ordnance Survey of Ireland in 1830. The method was simple. The Irish words that made up the placenames were transcribed into traditional English spellings.

As placenames became anglicised, they stopped making sense. Putting English spellings on words in a different language produced absurd results. They didn’t mean anything in either language. Irish pronunciations became confused while remaining impossible to say in English. By losing their names, these places lost part of their history.

In the past few weeks, a related story in Wales entered Europe’s news cycle. Known to much of Britain as Snowdon, Welsh campaigners are trying to officially reinstate the mountain’s original name, Yr Wyddfa, amid much controversy.

In the past few decades, similar movements have taken place in Ireland. The play ‘Translations,’ from 1980 was written directly about the effects of the Ordnance Survey of 1830. Initiatives like Logainm have been archiving Ireland’s original placenames since 2008, having compiled an authoritative database.

In the Irish language, the word for name - ‘ainm’ is pronounced the same as the word for soul - ‘anam’. Whether it is Yr Wyddfa or Baile Dubh, placenames tell a story of national consciousness. They cannot be altered arbitrarily.