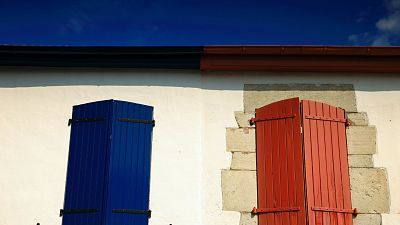 Euronews Next takes a look at some of the greener tech alternatives to heat and cool down our homes.   -   Copyright  Canva
By Pascale Davies  •  Updated: 26/08/2022

This summer of recurring heatwaves has led many ask to themselves the catch-22 question of whether or not to introduce air conditioner units (AC), a significant emitter of greenhouse gases, into their homes.

Air conditioning is currently responsible for 3.94 per cent of annual carbon emissions globally, according to researchers at the National Renewable Energy Laboratory and is likely to get worse as our demand for air conditioning increases.

Meanwhile, despite winter being far from our minds, rising energy costs amid a shortage of gas supplies are also instilling fear. Serious innovation is therefore needed to address how we heat-up and cool down our homes.

Euronews Next takes a look at some of the greener tech alternatives that could help save the planet.

Heat pumps are one of the alternatives that are being given a lot of attention right now. They work by taking heat from the air outside and transferring it to water, which then heats it using minimal energy. Heat pumps can also produce cold air as a by-product, which can also be pumped inside the house.

But the issue heat pumps present is they are expensive and a lot of them are far too big to fit into standard European homes, as they are often designed to fit basements in the United States.

“The cost of heat pumps is something that needs to come down, but it's a classic scale problem,” said Paul Huggins, associate director of the Carbon Trust, a UK company that helps businesses and the public sector cut carbon emissions.

“The more people who buy heat pumps, the more the price will come down. Then even more people will take them on,” he told Euronews Next.

The price versus the cost to the environment

Another issue with heat pumps is the specific refrigerant gases that are installed in heat pump equipment can have global warming potential.

One machine that may be a heat pump game changer was invented in Scotland and has been developed in the United States.

The company Dalrada is developing a CO2-based heat pump that harvests, recycles and produces clean energy. The Likido machine uses CO2 as its refrigerant gas, which is environmentally friendly.

The company says its heat pump can reduce energy consumption by 75 per cent and emissions by 93 per cent.

“It's a European-based technology, mainly driven by the need for heat pumps (in Europe),” said Brian Bonar, CEO of Dalrada Financial Corporation.

He told Euronews Next that much of the world’s demand for heat pumps is coming from Europe and will only increase since Russia’s invasion of Ukraine, which has pushed up gas prices.

Bonar said the advantage of the company’s heat pump is that “it gets rid of gas emissions and reduces your energy consumption”.

US president Joe Biden in June proclaimed heat pumps - as well as solar panels and hydrogen - are fundamental to clean energy and authorised the ramping up of their production using the Defence Production Act.

But Likido wants to go a step further in making heat pumps affordable and in the United States and Europe by helping with the financing by paying for the heat pump and sharing the cost of energy savings.

For the moment, the company is working with a range of businesses for its larger model but is working on rolling out the version for homes soon, which aims to be compact to fit European homes.

But in emerging economies, where climate change is being felt the hardest, cleaner air conditioning could make a massive difference.

Within the next three decades, two-thirds of the world’s homes could have air conditioners and about half of them will be installed in India, China, and Indonesia.

The American company Transaera is developing new materials that suck up moisture and humidity from the atmosphere, like a sponge, which allows their air conditioner to cool air more efficiently.

To reduce cost, we have to initially prove it and sell it in developed markets like US and Europe

The heat then generated by the air conditioner is then used to dry the material for the next cycle.

“Our technology is designed and targeted for making an impact in emerging markets where demand for air conditioning is greatest. In the long term, the technology will be cost-effective for emerging markets,” said Transaera CEO and co-founder Sorin Grama.

“But to reduce cost, we have to initially prove it and sell it in developed markets like US and Europe where consumers can afford a more premium product,” he told Euronews Next.

The technology can also work as a heat pump as well, he added, which he said will be important in colder climates like the northern US and Europe.

Other more climate-friendly solutions to boilers and air conditioners include hydrogen boilers, which do exactly what they say and burn hydrogen as opposed to natural gas. However, they do have drawbacks, such as how to produce green hydrogen on a large scale.

A possible solution for blocks of flats and new build houses, which could be tricky for installing heat pumps, could be district heating and cooling, which uses less fuel to heat a greater quantity of water than individual boilers and can work via a combination of renewables, such as wind and solar.

Meanwhile, a way to stay cool outside without warming the planet is being tested in Israel.

In September, the company Green Kinoko is launching a pilot test of its liquid nitrogen-powered air conditioner that works without electricity and it claims to emit no greenhouse gas emissions.

The option to use cleaner energy to heat and cool down our homes is clearly there and the issue now is not necessarily the technology, says Huggins.

“The technology could be ready. It now needs to be supported through deployment,” he said, adding that heat pumps are a great example as they “clearly work but it comes down to what the business models are going to make it work as the barrier around the pricing of heat pumps is really high”.

But for cooler climates the best technique to beat the heat is “avoidance,” said Huggins.

He advises simple techniques such as keeping blinds down and windows shut on the sunward side of the property and also having grass rather than gravel in gardens, as gravel reflects heat.

And to keep homes warm in the winter, he recommends making sure walls and door frames are well insulated.

What is shrinkflation, skimpflation and stagflation?