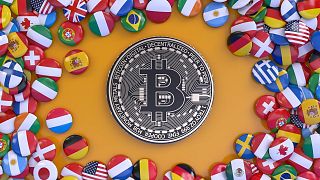 Europe is lagging behind the global average for cryptocurrency adoption but one European country in particular was the most "curious" in the world to learn more about crypto, a global survey suggests.

While around 17 per cent of Europeans have taken to cryptocurrencies, a percentage similar to other developed nations, they lag behind the global average of around 23 per cent.

Adoption in the US was 18 per cent, and in Australia 20 per cent. That’s according to a global survey conducted by cryptocurrency platform Gemini.

Surveying 29,293 adults in 20 countries, the company explored awareness of cryptocurrencies, motivations for owning and trading them, general attitudes toward them, and barriers to owning them.

2021 was a breakthrough year for crypto adoption

The survey found that globally 41 per cent of crypto owners made their first purchase in 2021. In Europe, 40 per cent of those who own crypto first invested last year.

Out of the countries surveyed, Ireland had the highest number of "crypto curious" consumers in the world who were interested in learning more or were likely to buy crypto in the next 12 months, at 58 per cent.

The number in Germany and the UK respectively was 53 per cent and 49 per cent.

Respondents who don’t own crypto were asked why they haven’t yet bought it.

Some 35 per cent of those in Europe said they had concerns about security, and 34 per cent said they didn’t know how to buy or hold crypto.

Europeans who also said it was because they didn’t trust it stood at 33 per cent, which was a higher percentage than in other parts of the world.

While 2021 was a breakthrough year for crypto adoption, 2022 could be slower in Europe. Only 7% of those in Europe who haven’t yet bought crypto were planning on buying it, as opposed to 21% globally.

Other findings from the survey

The survey also found that only 15 per cent of those in Europe said they talk about cryptocurrency with friends, compared with 30 per cent globally.

Many European countries rank strongly for their long-term conviction in crypto, with 80 per cent of UK investors, 79 per cent of German investors, and three-quarters (75 per cent) of French investors buying and holding for the long term, according to the report.

Europeans are less likely than consumers in other markets, the survey showed, to see cryptocurrency as the future of money (19 per cent compared to 38 per cent globally).